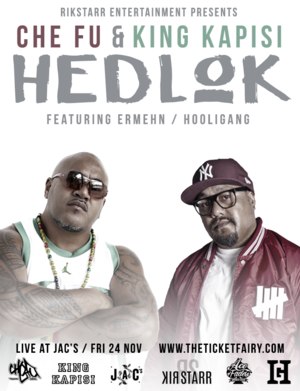 Che Fu & The Kratez performed in London at HRH The Queen of England's Golden Jubilee. Che dined and performed for The Prince of Wales, Prince William and the in the 2009 Honours List Che was presented 'The NZ Order of Merit' for his contribution to music.