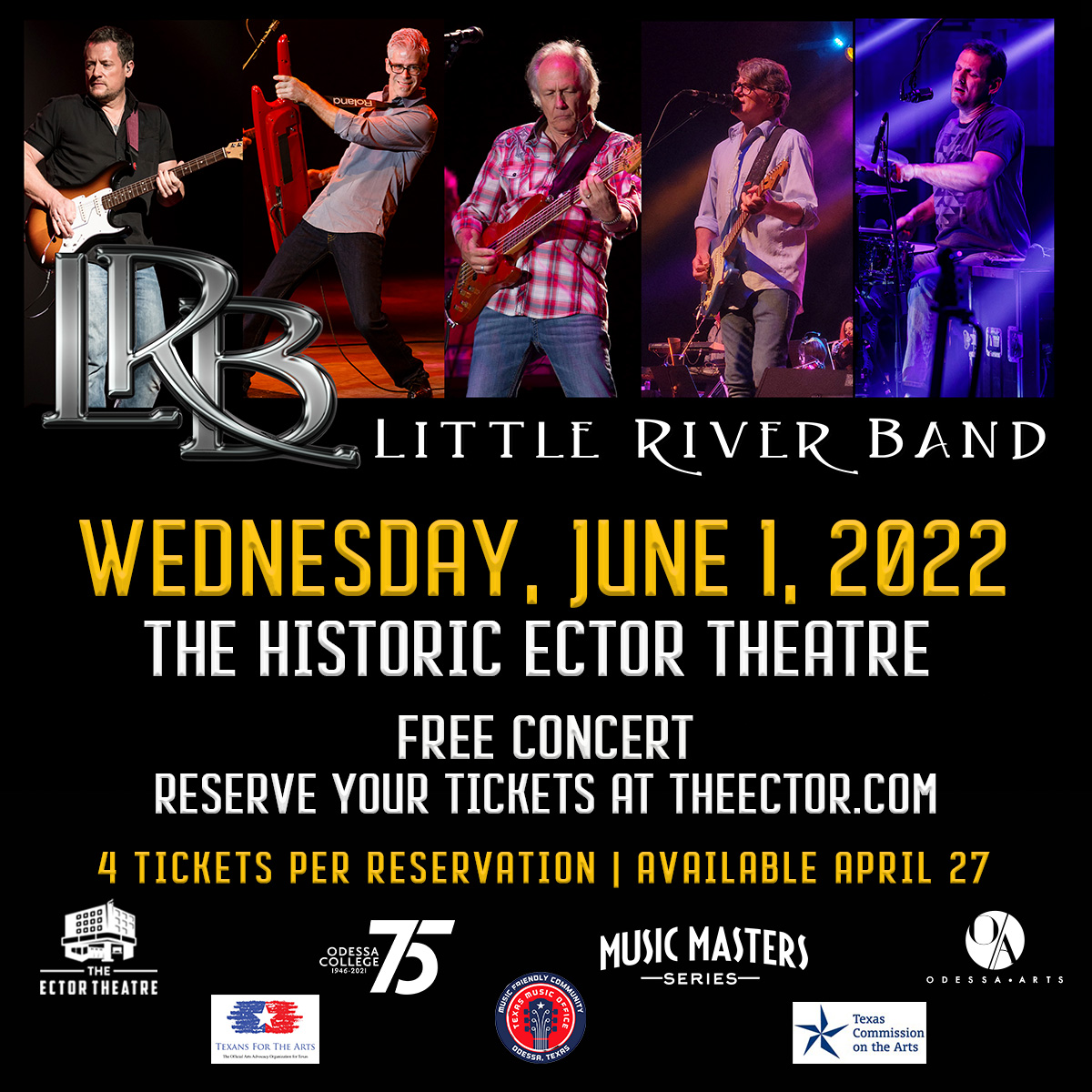 (Free Concert, Must Have A Ticket, Limit 4)

Odessa College invites you to our re-scheduled concert featuring Little River Band to close out our 75th anniversary and celebrate our upcoming OC Downtown Project! This concert is FREE to the community to Thank You for your continued support of OC! You must reserve your free tickets online before the day of the show, limit of 4 per reservation.

Visit the Ector Theatre’s website to reserve tickets at the link above. A special thanks to Odessa Arts for helping to make this Music Masters event possible!

Little River Band garnered huge chart success with multi-platinum albums and chart-topping hits in the 70’s and 80’s. Their worldwide album, CD, and digital downloads amass to more than 350 million. LRB continues to deliver distinctive harmonies and vocal abilities under the direction of 41 year LRB veteran, lead vocalist and bass player Wayne Nelson.  To date, Wayne has contributed his talents on 24 of Little River Band’s albums/CDs. LRB was honorably dubbed “the best signing band in the world.” by Eagles founding member, the late Glenn Frey.  Little River Band has undergone an evolution or two since its origins as an Australian rock band hungry to make it in America. Fans nostalgic for such tunes as “Reminiscing” or “Lady” can join us to hear the current incarnation for a night of fantastic music, memories and more.