Poetry & Music in the Lounge

The Ferlinghetti exhibition will be open from 4 pm - 6 pm prior to the event. Poetry readings by renowned San Francisco Poet Laureate Tongo Eisen-Martin. Tongo Eisen-Martin was born in San Francisco, California, and received an MA from Columbia University. He is the author of Someone's Dead Already (Bootstrap Press, 2015), which was nominated for a California Book Award, and Heaven Is All Goodbyes (City Lights Publishers, 2017), which received the California Book Award and an American Book Award. A poet, movement worker, and educator, his latest curriculum on extrajudicial killing of Black people, We Charge Genocide Again, has been used as an educational and organizing tool throughout the country.

A poetry tribute in honor of the late, great Beat Poet and Vallejo resident, QR Hand.
Esteemed Poets include

D.L. Lang is an internationally published Jewish American poet who served as poet laureate of Vallejo, California from 2017-2019.

Actor, songwriter AND author of "Big Heart Poet", Tony Aldarondo!Tom Stanton, artist, poet, provocateur now in Benicia as Poet Laureate emeritus, where he mixes the elements of word, song, image, and humanity to make something more beautiful and fun.

Fred Dodsworth is a journalist, publisher, and poet from Berkeley, California.

Mary Ellen Gast, Poet Laureate of Benicia, a resident of Benicia for more than two decades. She lived her first 18 years on a small farm outside the tiny town of Baroda, Michigan, and then took off on adventures unforeseen by anyone, including herself.

The musical genius of the Beatles featuring Drew Harrison from The Sun Kings. The Sun Kings are a Beatles-inspired tribute band performing their songs spanning their 1963-1970 recording career. Local poets will share Beat Literary works and mix it up with music inspired by the Beatles. Bring your bongos & berets. 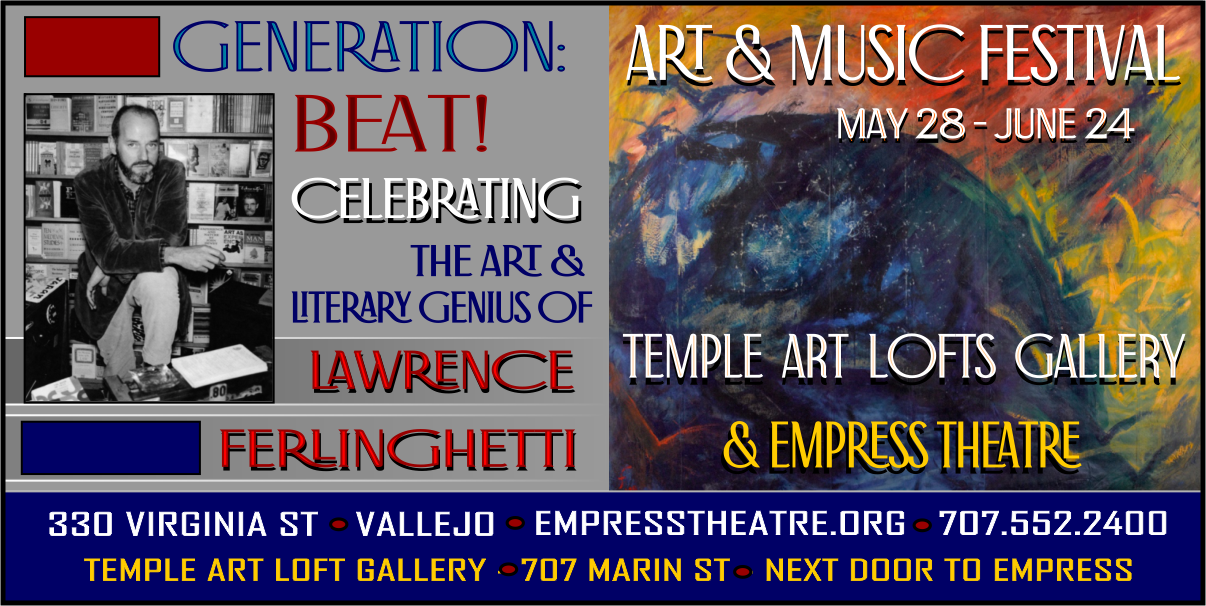