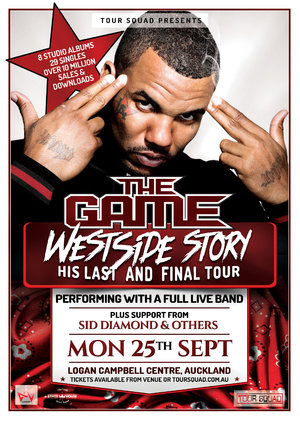 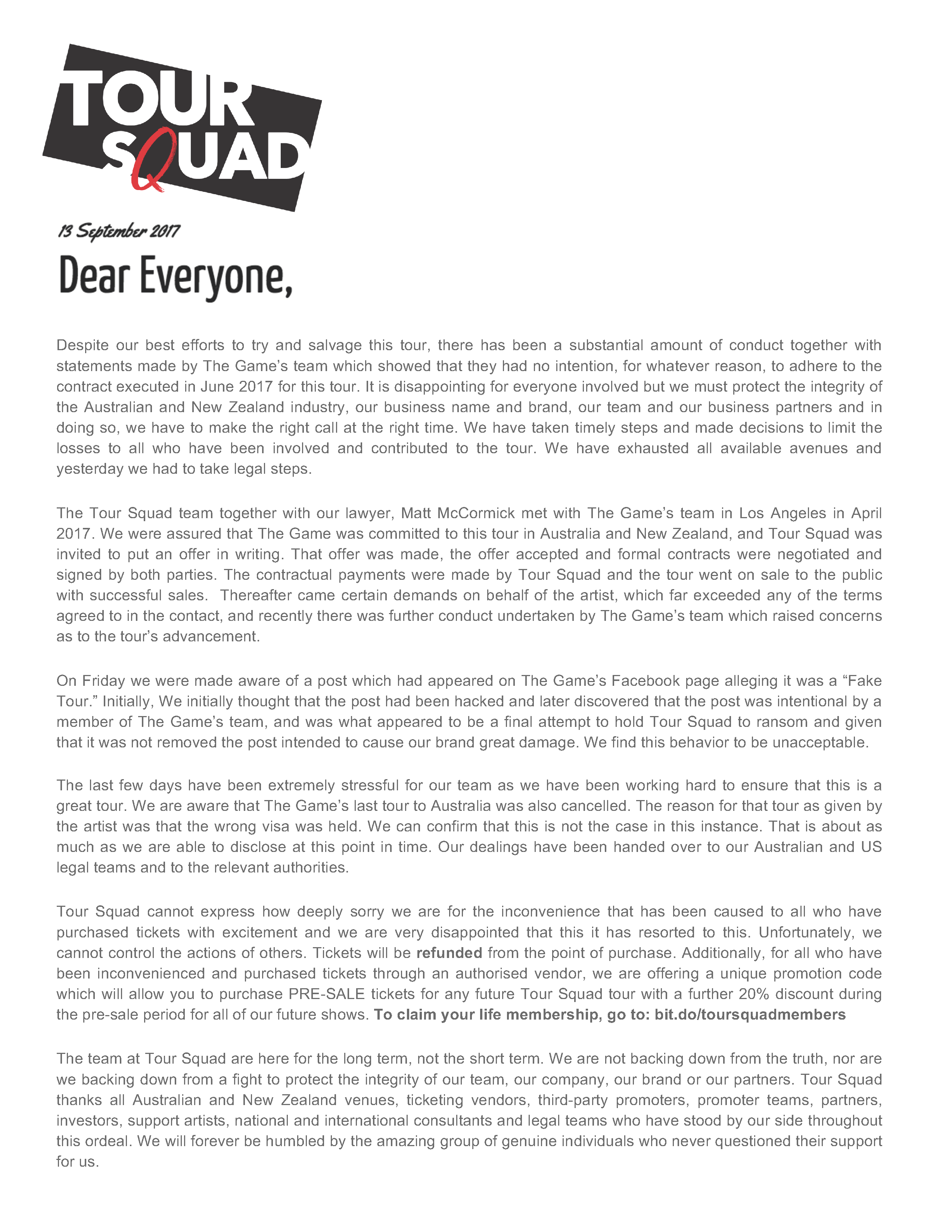 “Ima sit down for a minute and I’m gonna write my next album, which is probably gonna be my last album. It’s called Westside Story. It’s gonna be some ill shit.” - The Game (2017)

"To understand my life you have to understand what I've been through, live where I've lived and watch lives of people you loved get erased because of their colors" - The Game for Rolling Stone (2016)

With over 10 million downloads and sales, 9 Studio Albums, 29 singles The Game has decide after his next and final album to put the mic down. In Dec 2016, The Game whose real name is Jayceon Terrell Taylor announced that Westside Story, his tenth album would be the last retail studio album and the final project for the Compton OG before retiring from music.

To coincide with this historical page in West Coast hip hop music history, Tour Squad is very proud to announce the final Australian and New Zealand tour for The Game, touring September 2017, as part of the Westside Story World Tour.

The Westside Story World Tour and album will be the final chapter for The Game and the last chance for fans to see the rapper in his full glory - bringing with him his live band, hype men and DJ to perform the new singles from the new album along with many of his older hits from his lustrous 15-year career.

The Westside Story album will be an unforgettable swan song for a man who for 15 years has been part of the new generation of artists from Compton, building the Westcoast hip hop music sound. With confirmed new with beats from Dr Dre and an already confirmed feature with Kendrick Lamar this album looks to have “Grammy” already written all over it.