Curiosity and interest in learning Korean have increased since the launch of the hit show “Squid Game“. The tutoring services reported, emphasizing a growing global obsession with South Korean culture. This obsession ranges from entertainment to beauty products.

Language learning app Duolingo Inc said the arrival of the show had encouraged or spurred both beginners as well as existing students who hoped to improve their skills in the language.

Duolingo reported a 76% rise in new users signing up to learn Korean in Britain and 40% in the United States over the two weeks following the premiere of ‘Squid Game’. It is a nine-part thriller in which cash-strapped contestants play deadly childhood games in a bid to win 45.6 billion won (USD 38.19 million/ INR 2875698792).

Over the years, South Korea, Asia’s fourth-largest economy, has established itself as a global entertainment hub. As you may see, the viral memes about the show ‘Squid Game’ as well as the increase in the followers of the cast of the show on social media.

Its vibrant pop culture that is admired by the masses included the septet boy band BTS and movies such as Oscar winners Parasite, a black comedy about deepening inequality in the society, and “Minari,” about a Korean immigrant family in the United States.

According to Reuters, Oxford English Dictionary (OED) added twenty-six new words of Korean origin to its latest edition this week. They included “hallyu”, or Korean wave. This term is widely used to describe the global success of South Korean music, film, TV, fashion, and food, reported Sangmi Cha and Yeni Seo for Reuters.

You May Also Like: Behind The Fame And Fandom Of K-Pop

“Language and culture are intrinsically connected and what happens in pop culture and media often influences trends in language and language learning,” Duolingo spokesman Sam Dalsimer said in an email.

“The rising global popularity of Korean music, film, and television is increasing demand for learning Korean.”

There are about 77 million Korean speakers worldwide. This is according to the Korea Foundation for International Cultural Exchange. As per Reuters, Pittsburgh-based Duolingo said it has more than 7.9 million active users learning Korean. It is the app’s second-fastest-growing language after Hindi.

South Korea’s culture ministry runs the King Sejong Institute. It had around 76,000 students in eighty-two countries last year. This is a rapid expansion since in 2007 they had just 740 students from three countries.

You May Also Like: Amazing Shows You Must Watch In October 2021

Milica Martinovic, a Sejong Institute student in Russia, said she wanted to master the language to watch K-dramas without subtitles and listen to K-pop without needing translated lyrics. 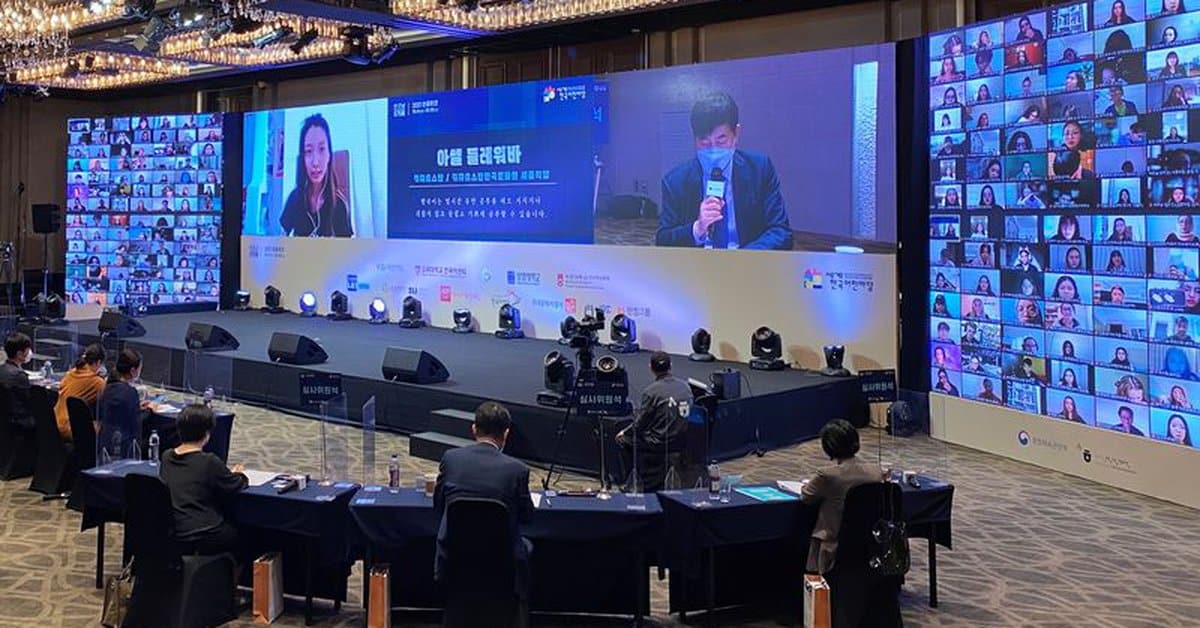 Catarina Costa said the language had become more popular since she began learning it two years ago when most of her friends did not understand why.

“People are fascinated when I say that I am learning Korean,” said Costa, a 24-year-old from Portugal living in Toronto, Canada, who is studying via the e-learning platform Talk To Me In Korean.

The ‘Talk To Me In Korean’ program has 1.2 million members studying across 190 nations. Their students are learning words including those added to the OED, such as kimbap, mukbang, (a video, often live-streamed, showing someone eating a large quantity of food), and; manhwa. The aforementioned first word means a cooked rice dish wrapped in seaweed, and the last is a Korean genre of cartoons and comic books.

“There were thousands of people who wished to learn Korean even before Squid Game or the BTS craze, yet they were often studying in solitude,” said Sun Hyun-woo, founder of Talk To Me In Korean.

“Now they are part of a ‘global phenomenon’; learning Korean has turned into a much cooler pastime,” he said.

You May Also Like: Highly Anticipated Movies You Should Watch In October 2021