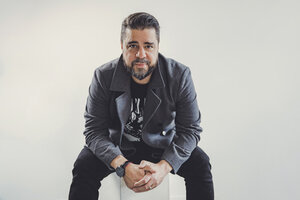 We are super happy to be hosting Ben Hurley again at Taupo's number one live entertainment venue.

This is set to be a definite 2mile2good SELL OUT show so get on these limited tickets now! Ben will be supported by Tony Lyall.

Winner of all of the awards (NZICF Billy T Award, Fred Award, NZCG Best Male Comedian & Best MC), Ben has been smashing comedy out of the park since a long time ago.

Born in Taranaki, Ben cut his comedy chops in Wellington before making the move to London where he honed his craft to the fine tuned beast we now see.

Ben is also a regular on 7 Sharp and has appeared on numerous TV shows including The Project, the Comedy Gala and AotearoHA. He has hosted the New Zealand Music Awards, his own show alongside Steve Wrigley, World Famous with Ben & Steve and TV3’s stand up comedy show After Hours.

Tony Lyall is one of New Zealand's most exciting comedians. His mix of high energy storytelling, off the cuff crowd work and general good times vibe shakes up any stage he appears on. Tony is head writer and a reporter on The Project, appeared on the 2021 Comedy Gala, and was nominated for Best MC and Best Joke at the 2021 NZ Comedy Guild Awards.!