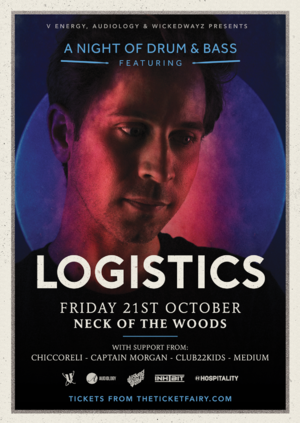 A Night of Drum & Bass featuring Hospital Records very own...

With a perfectly curated lineup of local legends featuring..