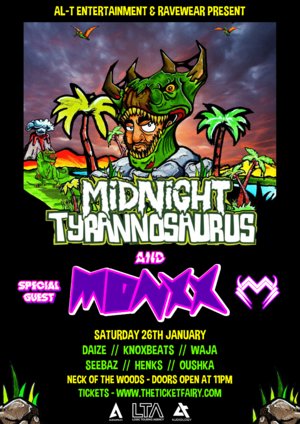 Jason Figlioli (preferred to by his stage name, Midnight Tyrannosaurus) is a dubstep producer from Tampa, Florida who has been producing since 2011. Known by his screechy, yet metallic noises, Midnight T has gained recognition from fans worldwide, and has gained recognition from some big names in dubstep such as Excision, Getter, Cookie Monsta, TrollPhace, and his best friend, Figure.