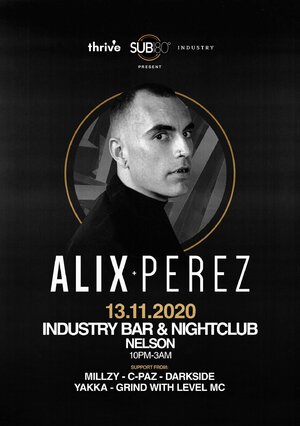 Nelson, with Alix Perez, recently moving to New Zealand we're excited to announce that he's coming to little old sunny Nelson! Tickets are granted to sell fast on this one so get in quick from Wednesday 14th October 5 pm. This is R18 and no BS 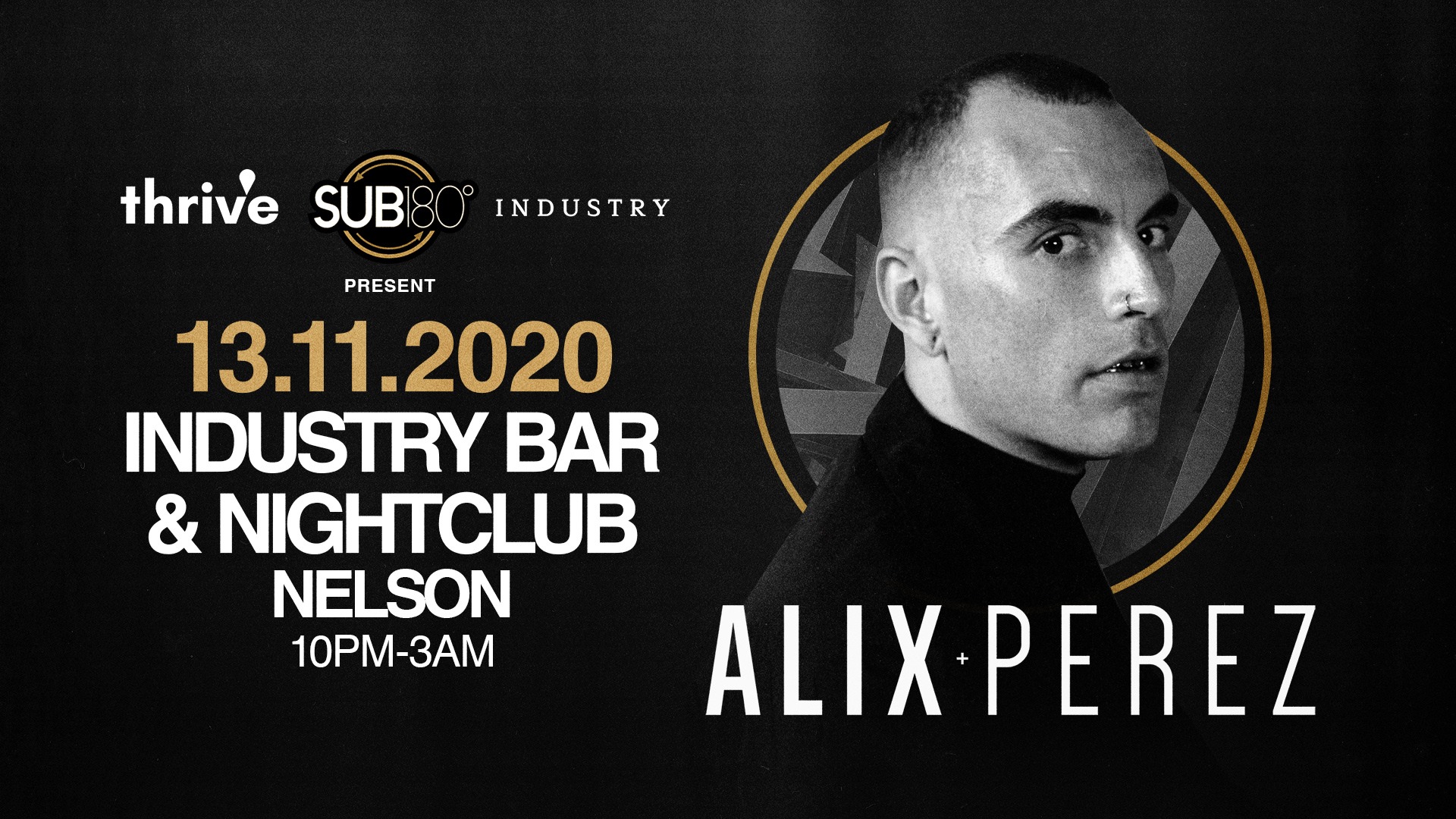 Belgian born Alix Depauw is the face behind production moniker Alix Perez, and Shades (w/Eprom). Alix released his debut album "1984" to critical acclaim via the much-revered imprint Shogun Audio in 2009. Since then he has released a 2nd studio album, multiple EP’s, launched a label, and has collaborated with the foremost names in dance and electronic music including; Noisia, Foreign Beggars, dBridge, EPROM, and many more. Following the release of his 2nd album Chroma Chords in 2013, Alix was asked to do a BBC Radio 1 Essential Mix, which was nominated for an essential mix of the year. After this album, Alix went on to release EP’s on Exit Records before a collaborative EP with Ivy Lab on Critical Music.

In 2016 Alix launched his own imprint; 1985 Music. Now on the 15th record, the label has gone from strength to strength releasing artists such as; Ivy Lab, Halogenix, Skeptical, Eprom, Shades, along with Monty and Submarine. 1985 Music promotes multiple club nights globally. Highlights include festival stages at Outlook and Shambhala. Almost every release on the label has found its way to number 1 in the Beatport charts, and in 2017 the label won ‘Best New Label’ at the Drum and Bass Arena Awards (by public vote).

In 2015 whilst on a trip to LA, Alix first collaborated with Portland artist Eprom and formed Shades. Shades have since released 4 EP’s and full-length EP which came out on Zed’s Dead’s imprint; Deadbeats this year. As duo, they have toured globally and received much critical acclaim. 2019 will see further releases along with an impressive North American festival run of dates.

Between his solo project as Alix Perez, Shades (w/ Eprom), his record label, and playing 100 shows a year, there is much to expect from this highly prolific artist.