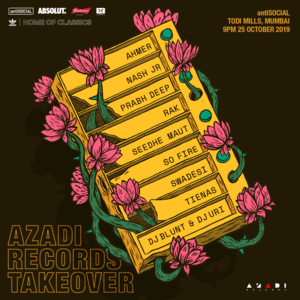 Over the past two plus years, through our releases and shows, we've tried our utmost to showcase forward-thinking talent from across the country and add narratives from different communities to the Indian music scene. The support you've shown our work - from Prabh Deep's Class-Sikh, Seedhe Maut's Bayaan to Swadesi and Prakash Bhoir's The Warli Revolt - has been instrumental in the success we've achieved so far.

To celebrate the opening of the all new antiSOCIAL in Todi Mills, we're bringing the entire label back to Mumbai along with some new faces that have recently joined the Azadi family recently for a jam packed show. 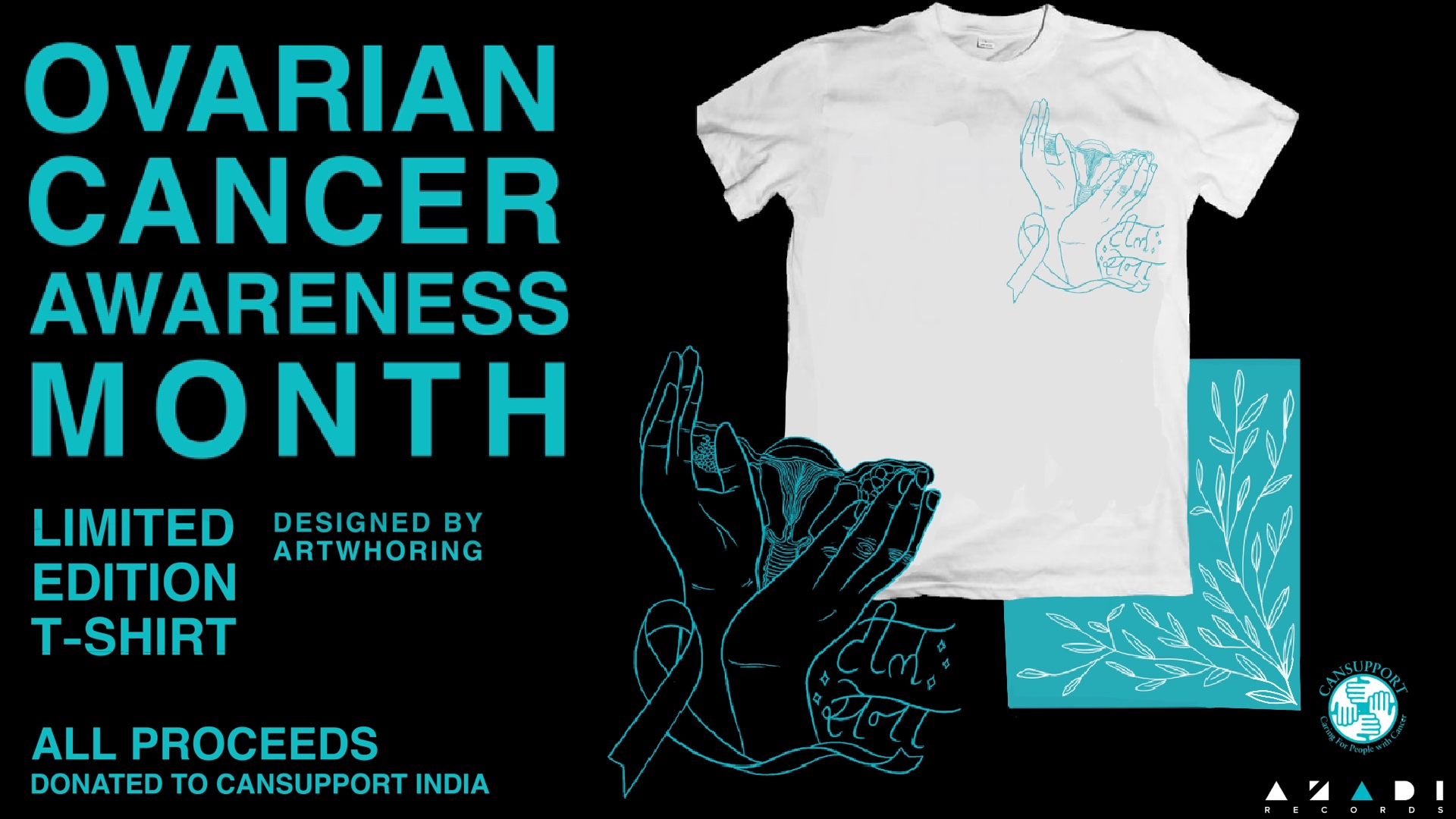 September was ovarian cancer awareness month and is symbolised by the colour teal. In an effort to continue and build upon the campaigning and fundraising work done by co-founder, Uday Kapur's mother, Azadi went teal. We’re selling a limited edition t-shirt. designed by the supremely talented Priyanka Paul (artwhoring), with all proceeds being donated to the inspiring team at CanSupport India.

Azadi Records
Azadi Records is arguably India's most progressive independent record label. Established in 2017, the label seeks to provide a platform for South Asian artists to release forward-thinking, politically conscious music that critically engages with (and comments on) the pressing issues of our time. Our aim is not be underground, but to highlight pertinent stories that are often ignored by the mainstream. We are the label of the culturally conscious. The creators of stories. Explorers of new sounds, new visuals and new mediums that initiate dialogue between different communities around the world.

Shout out to adidas Home of Classics, Ticket Fairy India, Budweiser and Absolut.