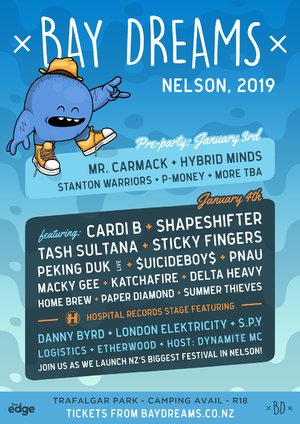 Promoters confirmed earlier this year that Bay Dreams, which has been held on January 2 in the Bay of Plenty for the last three years, was getting a sister festival in sunny Nelson, on January 4.