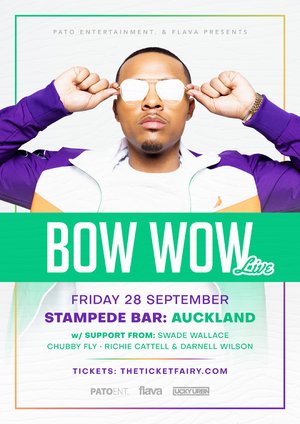 Bow Wow (Shad Gregory Moss) is a popular rap artist, record producer, TV host and actor. He was initially known in mainstream by his pseudonym Lil’ Bow Wow till 2003 after which he started to use the name Bow Wow in his albums. He developed a strong liking to melodic tunes especially the rap genre of music from a tender age of three years. Bow revealed that he always loved rapping and would perform at every chance he got. He is famous for his released hip-hop albums and mix tapes which have won many gold and platinum certifications and have ranked on Billboards Top 200 and Top 100 charts. Bow has achieved a lot of fame and stardom through his acting skills as well. He was cast as Twinkie in ‘The Fast and the Furious: Tokyo Drift’ (2006), as Gary for ‘Hurricane Season’ (2009), T- Boy in ‘The Family Tree’ (2011), as Brody ‘Baby Face’ Nelson in ‘CSI: Cyber’ (2015). He has also acted in an MTV production of ‘Carmen: A Hip Hop era’ (2001) with Beyonce Knowles, Wyclef Jean and Mos Def. He is a successful entertainer who has achieved worldwide recognition through his multifaceted talents.