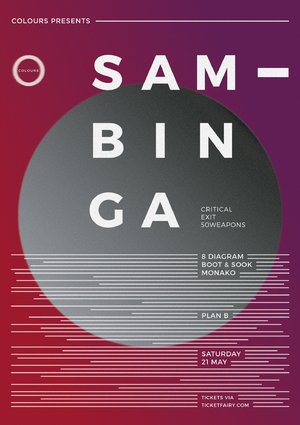 The duo have been busy in the studio compiling tracks for a new EP, having just returned from Melbourne playing alongside collaborators from label Detrimental Audio.

Legends of Sydney Dubstep, Boot + Sook have had a productive few months in the studio focusing on the 170 sound, with releases forthcoming on Paradise Lost and Onset Recordings. Expect serious business from these two.

When he's not evading police, throwing free parties with the Big Ting Recordings boys and mashing up the VB theme with tearing amens, Monako is one of Sydney's most versatile selectors. Maximum quality tunage at a lightning pace!