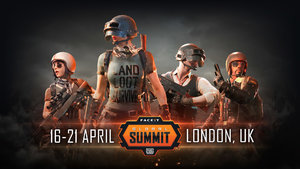 The first ever major global event on the PUBG esports circuit has arrived! The world's greatest teams collide in London from 16th-21st April, with tickets available for the Elimination and Grand Finals stages (19th-21st April).

The ICC Auditorium at the ExCeL Centre, London is the location for this three-day ticketed event, where you'll be able to get up close and personal with your favourite teams, earn unique attendee rewards, and experience the greatest players fight to be crowned the world's greatest PUBG team.

Ticket discounts are released in limited numbers, with just 100 tickets available at the Circle 1 pricing. Discounts are as follows:

Additional discounts are available for Students and FACEIT Premium members. Be sure to get your tickets early to avoid disappointment and ensure you get the best possible price!

Student discount information: We accept forms of student ID that display the correct name, valid expiry date and are from a recognised educational institution.