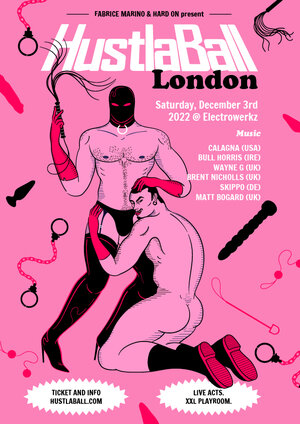 TICKETS ARE AVAILABLE AT THE DOOR

Fabrice Marino in collaboration with the iconic Hard On is proud to announce the return of HustlaBall to London.

Saturday, December 3rd, the iconic NYC party is coming back to London after 8 years under a completely new production team.

Calagna (they/them)  has remixed pop artists such as Lady Gaga, Yoko Ono, Ricky Martin, Akon, Audien, and Lady Antebellum, in addition to releasing numerous underground house tracks such as Moody, Nervous, Stereo, Positronic, Sollors Systems, and more. Their music has been featured on major networks, including NBC, USA, A&E, and MTV. Outside of traditional DJ life, Calagna has curated music for the prestigious Z Bar at The Peninsula Hotel Chicago and is a voting member of the Recording Academy.

To join Calagna other iconic Djs like Wayne G, Skippo, Bull Horris, Brent Nicholls, and Matt Bogard will be playing in this London Iconic Multilevel Club.

Well not really, actually yes it will be. We have a full Octoberfest Room with a live band. The pretzels are on us!

Do you ever custom-made a T-shirt at a party? Well, we do that too, visit our custom-made t-shirt shop inside the club!

Poppers, Jockstrap, and everything in between. We have it all! Stop by our market inside the club!

Most of the production team is a regular Burning man goer. (google: burning man art"  if you never heard of it) so we decide to bring a little piece of Nevada desert with us!

Look for weird decorations, Visual installations, and more around the club! We are carrying all that stuff from New Yorks Kids!

Is gonna be a great night!

We still have a few tickets left so bring your friend, and lover, just leave your boyfriend at home cause you . Never bring a sandwich to a restaurant.

PS DID YOU GET YOUR FREE TICKET YET?

Invite 8 friends and your ticket become free! its called ticket fairy for a reason

HustlaBall is a safe and welcoming space for all the colors under the LGBTQI umbrella, We celebrate differences and celebrate you

Our Vip Ticket Holder will receive the following benefit

This event will sell out 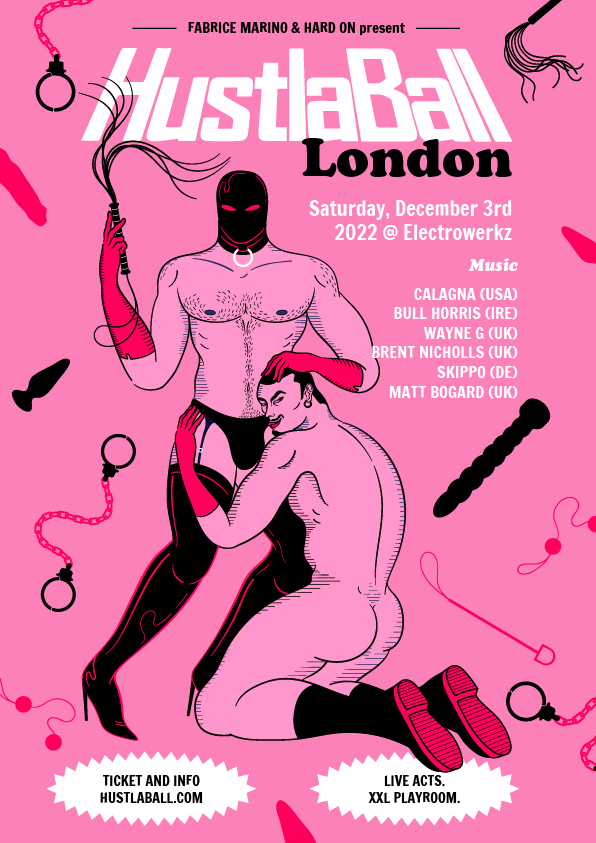