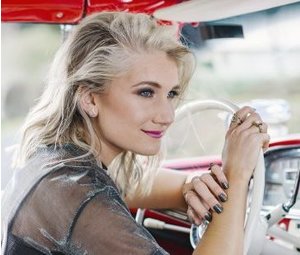 Water Bar is proud to present:

Head on down to the bar and definitely bring your dancing shoes! This 'Queen of Country' will fill your ears with her incredible sound and keep your feet stomping all night! Jody Direen definitely has a sound that will leave you wanting more!

GET YOUR TICKETS EARLY TO AVOID MISSING OUT!!!

Often dubbed the 'Queen of Country' in her home country, Jody Direen hails from a small, mountainous alpine town in New Zealand called Wanaka. After a solid five years travelling between her home country, Australia and the USA touring, writing and recording, she signed with major record label, ABC Music. Direen has since had numerous Top 10 singles in both Australia and New Zealand. Recent singles Gimme the Beat peaked at #2 and Dirt Rich peaked at #4 on Country Radio in Australia. Gimme the Beat hit #1 on the New Zealand Heat Seekers chart and i-Tunes Country chart.

Direen is the 2015 Female Artist of the Year (CMANZ) as well as 2015 'Benny' Award winner for Best Vocalist of the Year. Direen has worked under management of U.S talent management company 'Bear Grylls Ventures' and performed a guest spot on the Global Artist showcase at the CMA Festival in Nashville, Tennessee (the largest Country music festival in the world).