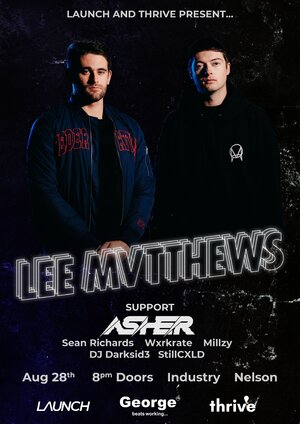 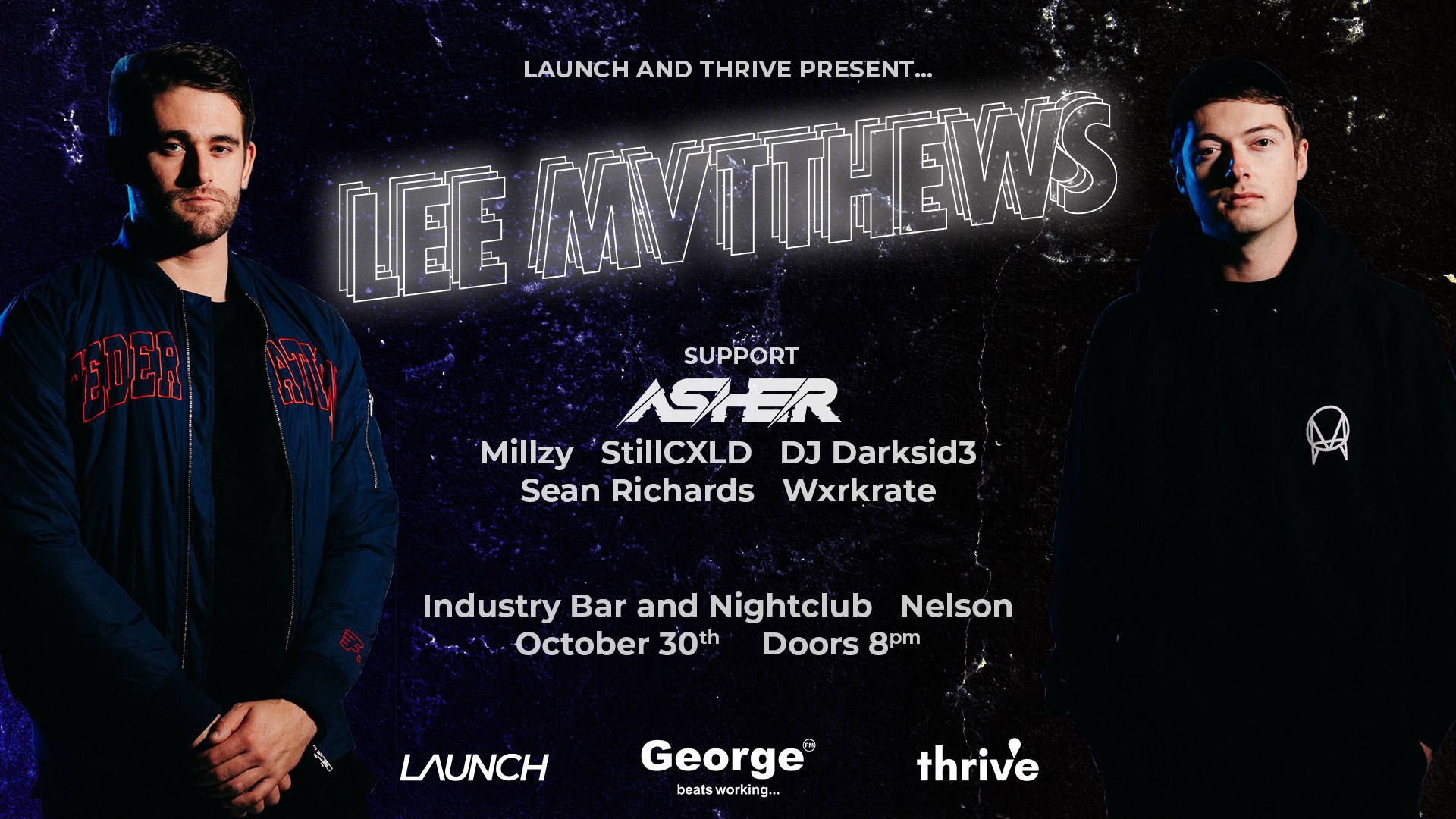 Lee Mvtthews, aka, Graham Matthews and Tom Lee met in 2012 and started working together after discovering they had a nearly identical taste in music, eventuating in Lee Mvtthews in late 2013. Since then, they’ve gone from strength-to-strength, gaining a reputation for turning out infectious tunes that pair colourful melodies with bass-driven drops.

Their debut EP, SILHOUETTES, was released in late 2017 and featured collaborations with well-known Kiwi acts such as Pieter T and TY. The record’s stand-out track, ‘Nothing To Lose’, featuring Jay Bulletproof and Marino Mariner, was a huge hit on George FM winning them ‘Best Track of 2018’ at the George FM awards.
In 2018 the duo released 4 singles, ‘Stay’ Ft. Omega Levine, ‘Inside Out’ Ft. Watson, ‘Fool’, and ‘Let Me Go’ ft. Embher. The lads have also taken on remixes for NZ pop/hip hop sensation Kings and Perth drum and bass virtuoso’s Flowidus. Off the back of these releases and after a multitude of enthralling performances, the pair also won “Best Breakthrough Artist of 2018” at the George FM awards serving as a reminder as to why the duo is considered one of the hottest live dance acts on the scene right now.
Lee Mvtthews have become a crowd favourite in the New Zealand festival circuit, playing regularly at the likes of Rhythm & Vines, Bay Dreams, Homegrown, Springbreak Fiji, as well as headlining shows throughout the country. In their hometown of Auckland, New Zealand their 'Lee Mvtthews and Friends' series has amassed attention, hosting Australian acts like Leotrix and Badrapper.
In addition to this, they are a go-to for international support - playing alongside an array international talents such as Slumberjack, Jauz, Sigma, and Borgore, as well as being asked to support local legends, Shapeshifter. 2019 also saw them walk away from the Georgie Awards with the prestigious ‘Best Artist’ and ‘Best Track’ awards, recognition of their talent and industry acclaim.
November 1st 2019 marked the ultimate culmination of their incessant hard work and creativity – Lee Mvtthews’ debut album Bones. Written and recorded at Woodcut Studios, the making of Bones has seen Tom Lee and Graham Matthews build on the partnership they've developed as producers and over many DJ sets in the past seven years since Lee Mvtthews was born. They ended 2019 with a bang, embarking on a seven date nationwide tour across the country to celebrate the release of their debut album, which closed out with a sold out show at Auckland's Studio. Quickly following that, the boys sent off 2019 with a bang, including shows at the Rhythm & Alps Warm Up Party, Rhythm & Vines, Bay Dreams Nelson, and Farm Dance in Whangamata over the New Year's period.
As one of New Zealand’s top Drum & Bass acts, 2020 is set to be another all stacked year for Lee Mvtthews as they continue to headline sold-out shows across the country post-covid and build on their empire, preparing for their biggest Summer yet.
TopInfluencers