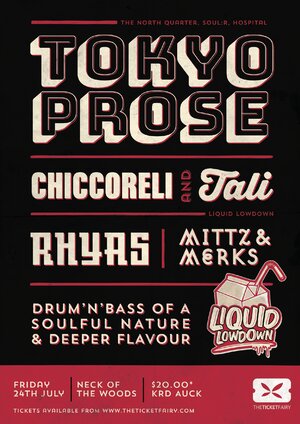 The Liquid Lowdown is back after June's Sold Out show. Concentrating on "Drum & Bass of a Soulful Nature & a Deeper Flavour

Tokyo Prose’s sophomore album on The North Quarter 'Wild Grace' delivered a masterclass in emotive musical storytelling. The project features some of his most sought-after works including the popular ‘Innate Motion’, ‘Trick of the Light’ and ‘Brilliant Corners’. ‘Innate Motion’ was also featured in Calibre’s BBC Essential Mix.