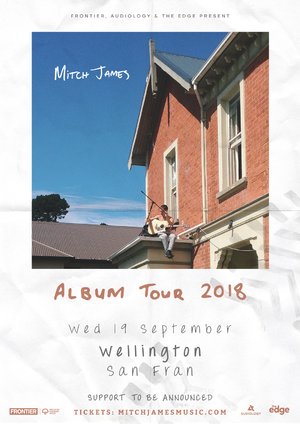 WIN:  The first 50 people to buy a ticket + album will meet Mitch James and watch his soundcheck pre-show! RSVP Essential!