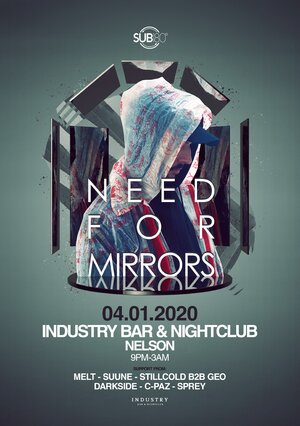 NELSON! We are coming back this summer with one of the only internationals left in the country who is not playing Bay Dreams... Need for Mirrors (UK)
Starting off the biggest South Island summer festival early with you lot and a doozy of a lineup
Need for Mirrors will be bringing 90 minutes of pure energy to Industry Nightclub & Bar, get in quick this show is packed every year
Allstrar South Island support lineup from:
Suune (Timaru)
Melt (Dunedin)
StillCold B2B Geo (Nelson/Christchurch)
Darkside (Nelson)
CPAZ (Christchurch) 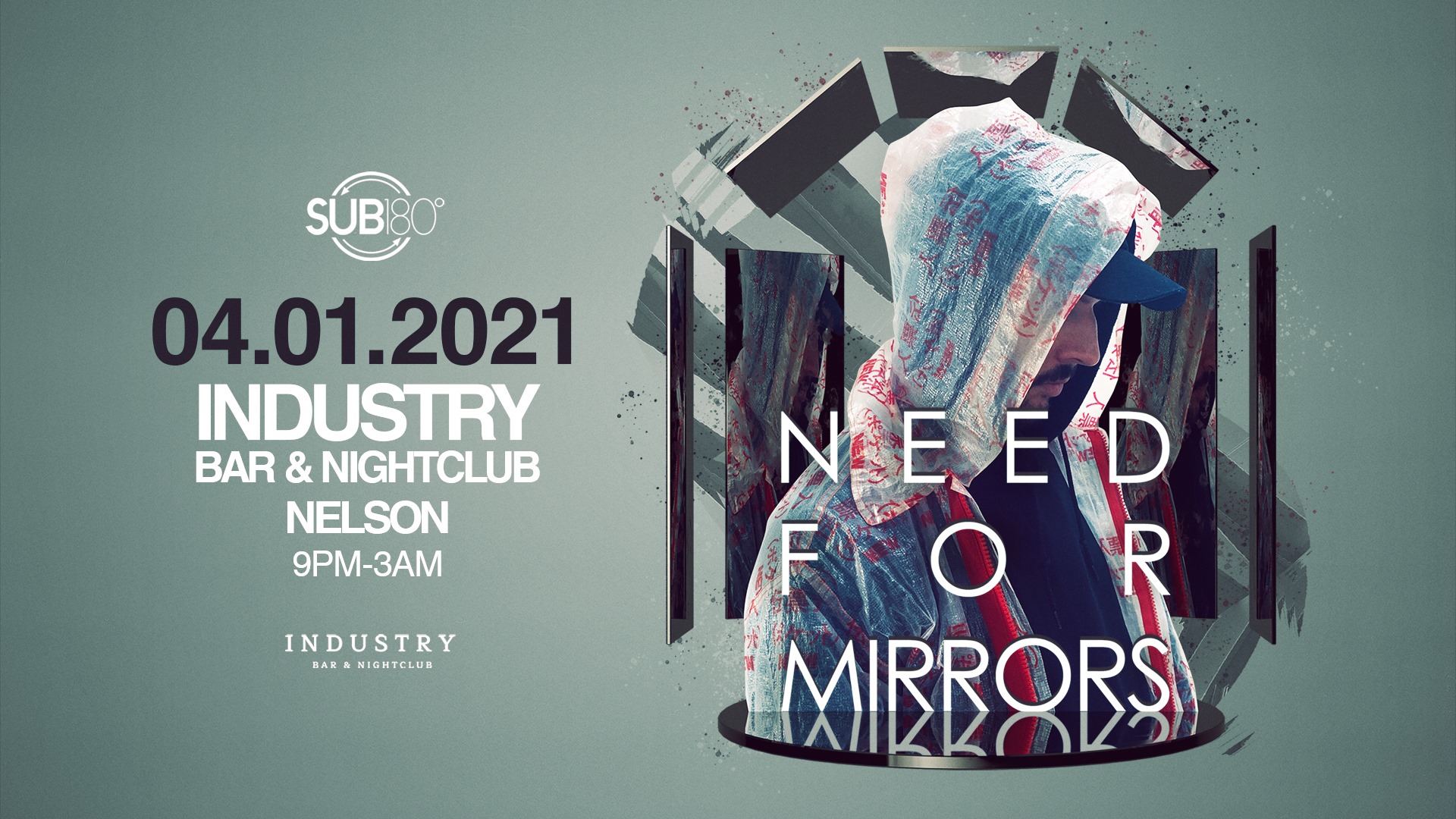 Producer, DJ and Soul In Motion co-founder Need For Mirrors – AKA Joe Moses – deals in music strictly for the club.Be it through his DJ sets or productions, he makes and plays drum & bass that both spans the board ​and c​hallenges typical formulas and conventional boundaries. With nothing but the dance in mind, Joe covers every chapter of the night. The peaks. The troughs. The dark. The light. The stories that unfold.Known for his prolific output, over the years Need For Mirrors music has been released by many established and notable labels ranging from RAM to Souped Up via V, 31, Spearhead and Klute’s Commercial Suicide where he released his well-received debut album ‘Swim’ in 2018. His DJ sets, meanwhile, are comprised with nothing but new unreleased d&b either by his peers or his own latest excursions. Most of which won’t be released for years. Or at all.Beyond releases and performances, Joe is an integral figure within the drum & bass scene as co-owner of Soul In Motion. Run with kindred spirit Bailey, Soul In Motion is a brand born from the genre’s old tradition of mid-weekly club nights. Now also comprising a label and agency, Soul In Motion celebrates and pays tribute to drum & bass and its underground culture. His vision and aesthetic can be found coded deep in all Soul In Motion operations: its imagery, visuals, line-ups, unique locations and the label which, naturally, deals in music strictly for the club. Expect nothing less.