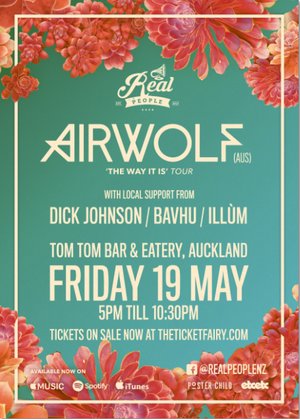 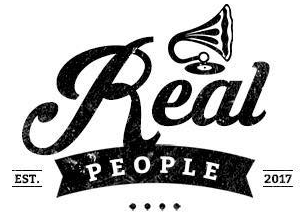 We hope you all enjoyed round one cause here comes round two.

We are bringing you nothing but good vibes all night.

Kick your weekend off on Friday with a Sunset party out on the deck at TomTom Bar and Eatery.

This exclusive party is set to unite like minded people through music.

With DJ's Bringing you nothing but the freshest in house music for the evening.

Headlining the event we have.....

Noted within the electronic industry as a true icon, Melbourne’s Airwolf has house music in his palms savoring authentic signature sounds and delivering heavy-handed records to dance floors across the map. Fueling his creative passion he also delves into this world with an added love for the camera, capturing moments from studio sessions to fellow artists behind the booth, creating an inspirational core for the creativity he oozes via his cultural platform ‘Airwolf Paradise’.

Holding the fort down with unique and fully pledged records for the club circuit, Airwolf has taken to stages and booths around the country, dishing out electronic devotees a bona fide time. Inhabiting sonic spaces from Beyond The Valley to Australia’s prime festival daddy Splendour In The Grass, Melbourne’s eyes-closed house groover has set his guest spots on point leaving a solid musical impression on all that party with him on the journey. Channeling house music with a subtle air of sophistication and uniqueness, Airwolf has complemented the studio bug with a recent signing to Australian tastemaker label etcetc, while also taking to catalogues across Onelove Recordings, Modular & Sweat It Out where he was taken under the wing of the late Australian electronic hero Ajax.

His touch with music enthusiasts from city to city has expanded following his brand launch of Airwolf Paradise, combining clubs, music lifestyle, culture and more- a sheer visual exploration of the world of Airwolf.

If you are a kiwi, there really is no need for any more of an introduction for this legend....however

From late 80's Manchester clubs heaving to the sounds of The Happy Mondays, New Order and The Smiths, to the peaceful Auckland suburbs chirping with the sounds of native New Zealand birds, DJ/Producer Dick 'Magik' Johnson's life has been a journey in sound. Since making the move from England to New Zealand in the early 2000's, Magik has made himself at home down under, although his heavy production output means DJs around the world are never short of a piece of Magik to throw in their sets.

It's from this antipodean sanctuary that Magik's second album, You Are Sound (on Underwater), has emerged. The album slides with ease from ambient bubblers to banging club tunes, making several diversions along the way and pulling in some of New Zealand's premier vocal talent to help out. Listen for the massive first single 'East West Connection', which leaves dancefloors quivering in its tech electro wake. The road to this album has been a busy and bustling one. Since releasing his debut album Cardboard Journey in 2005, Magik hasn't slowed down. In between a hefty cycling and fishing schedule, Magik joined Darren Emerson's Underwater roster, and then came the launch of his new digital label Magiktrax, distributed by NRK Music. Other releases of late have included 'Scanning For Viruses' on Jesse Roses' Made to Play which came with a remix from Claude Von Stroke, 'Eastern Lights' on Nic Fanciulli's Saved and 'Asylum Sneaker' on King Unique's Curfew label, plus remixes for The Crookers, Spektrum, Onionz, The Karoshi Brothers, 30HZ and Bassnectar. All this studio output may lead you to believe Magik doesn't leave his cosy Auckland studio. On the contrary, he's out every weekend testing these tunes on dancefloors from Russia to Argentina and most points in between.

It's a long way from the early days when Magik rocked his own room at the legendary Manchester nightclub The Hacienda. From there an interest in production developed, and before long he was producing tracks for Cream's Olympic label, New Order's Pleasure Recordings and Manchester's Paper Recordings collective. Shortly afterwards, he established Shaboom Records, which developed into one of the worlds most respected dance labels, with releases from artists such as UBU, Joeski & Onionz, Fred Everything, Doc Martin and DJ Sneak. Magik's own music has been released on such influential imprints as Made To Play, Twisted, End Recordings, Saved, Underwater, Paper Recordings, KG Beats and NRK/Honchos. He has completed remixes for Worthy, Ian Pooley, Crazy Penis, DJ Sneak, Joey Negro, Q-Burns, Human League, Neon Heights, Spektrum, Nick Holder, Darko Esser, 33HZ, The Bionics, The Crookers and too many more to list here. All in all, it's a sound resume, proving that the music loving public well and truly believe in Magik.

Bavhu is a DJ duo from Auckland consisting of Cam Bav and Kahu Murupaenga. The two boys have been playing together just over a year now and since then they have supported an impressive number of big international acts including AC Slater, Rustie, Motez, Wave Racer, Alison Wonderland, GANZ, Detroit Swindle, T. Williams, Grandtheft, Mak & Pasteman, Paces, Hayden James and recently having the honour to close for Skrillex and Brenmar!

They are regularly djing at clubs in Auckland such as Studio, The Roxy, Everybody's and their home away FROM HOME Cassette Nine. With all the success they've had over the past year, 2015 is shaping up to be massive!

Illùm is made up of local Auckland DJ's Teto (Claudia), and Deiza (Amy), bringing a unique blend of house and dance music; ultimately creating the best of vibes.