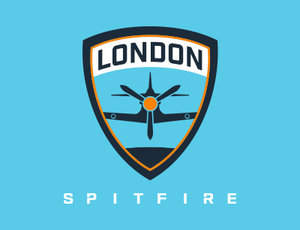 From Buckingham Palace to the Bullring: London Spitfire is coming to the UK for our first ever Overwatch League Homestand events.

For this exclusive fan presale, we’ve put the best of the best tickets together into double-header Season Ticket bundles.

Each Season Ticket gives you access to both London Spitfire Homestands, in London on 28th and 29th March, and Birmingham on 6th and 7th June.

Then on 6th and 7th June, we head to the midlands, where Birmingham plays host to the second Spitfire Homestand. Boston, Toronto, Vancouver and both Los Angeles teams will entertain the Spitfire faithful at a to-be-announced venue.

We want the loudest and proudest fans to be there for both Homestand events, which is why we’re opening up special Season Ticket double-headers first for our most dedicated fans first. There are limited numbers of Season Tickets available, so be quick!

---
There are three ticket tiers to choose from for this presale:

The best of the best. The best seats in the house for both game days, access to a special VIP lounge, VIP-only Spitfire & Cloud9 Meet and Greet, plus exclusive high-quality Spitfire swag you won’t get anywhere else. These are incredibly limited so don’t miss out!

The true fan experience. VIP seating up close and personal for both game days, plus limited edition Spitfire swag. This section will be full of the Spitfire hardcore.

Premium seating for both game days, including souvenir lanyard and good seating in the arena. For if you want a good view of the action for a great value price.

If you just want tickets to a single event, you won’t have to wait much longer. We’ll be releasing more information about per-event weekend tickets and the General Admission low-price tier in the next few weeks.

For more information on the 2020 Spitfire Homestands, please visit our FAQ page

By purchasing a ticket, you agree to the Overwatch League ticketing policy.