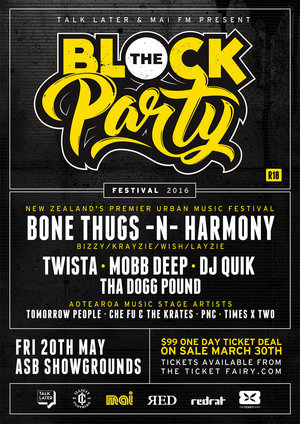 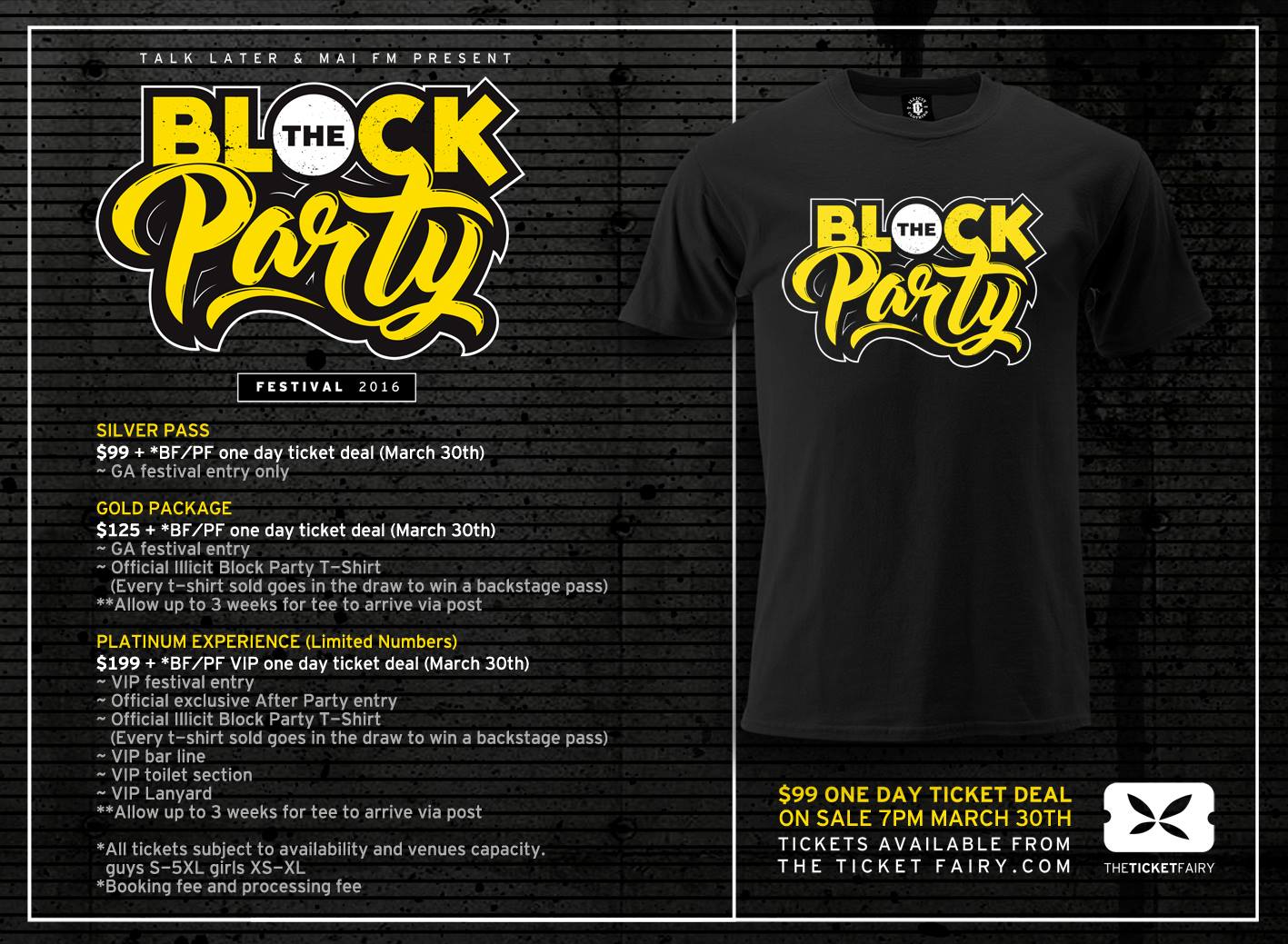 Talk Later made its way to the forefront of NZ hip hop after delivering 'the impossible' time and time again, selling out shows such as Mobb Deep & T-Pain, right through to having Bizzy Bone arriving in NZ for the Bone Thugs show at Vector Arena last year. We set out to change the face of the Aotearoa urban event industry, one tour at a time, ultimately with this project in mind.. A festival that encompasses everything we love: The artists, the high tier production, the core kiwi fans, and our approach to the execution of high class events that leave you waiting for more.

This is the pinnacle.

This is.. The Block Party.

& more to be announced..

**Tee to be collected from the merch stand at the event

**Tee to be collected from the merch stand at the event
*All tickets subject to availability and venues capacity.

Buses will be available from ASB Showgrounds to Auckland CBD following the event for $5.