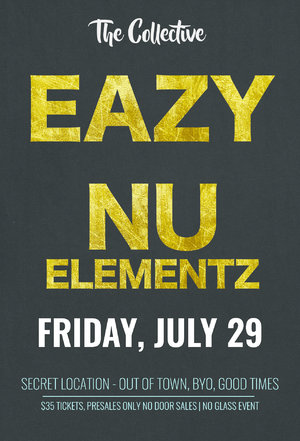 With a number of big releases under his belt and tracks on established labels, he has seen support from some of the biggest DJs, quickly becoming a household name in the Drum & Bass scene with his trademark sounds and crisp productions.

Early releases on Higher Stakes, G13 and own imprint Murda Sounds Recordings have proved to be valuable stepping stones to getting to the position that he is currently in as an established artist. with releases on Playaz, Sweet Tooth Recordings, iconic label V Recordings and sister label Chronic.

January 2015 saw the Exclusive Signing to Sweet Tooth Recs, with his Trauma EP hitting number 1 in the Juno Download Chart.

In the clubs he has performed at some of the biggest UK and European stages including gigs for Laundry Day, Skankers, Confuzion, BPM, Rampage, Hysteria, Antwerp City Flow and the popular Elements and Summer festivals.His high energy sets are a crowd favourite and with high profile DJs now supporting his music, the tracks are fast becoming anthems that many DJs want to play. Now working with Urban Agency exclusively for all of his bookings proves that the hard work is paying off, Nu Elementz is the one to watch!

He purchased his 1st pair of turntables whilst at school and from 2001 to late 2011 Eazy played at local night clubs on a regular basis and hosted a weekly show on pirate radio (Mystery Fm)for many years. He also ran and promoted nights at liquid envy which turned out to be very successful. In November 2011 Eazy finally managed to put sufficient funds together in order for him to purchase some studio equipment enabling him to start producing his own music.

Eazy self taught himself from youtube videos and online tutorials and eventually his productions were soon coming together. In June 2012 he launched his own record label (Walking Dead Recordings)with signings such as Dominator,Macky Gee,Dub berzerka,Lyptikal,Complex and many more. He has since had many bookings in both the uk, Belgium,France,Luxembourg and Germany. He strictly plays energetic, jump up-orientated sets that set the dance floors alight and get the ravers skanking.

With his consistent progression stars like Hazard, Grooverider, Nicky Blackmarket,Jayline,Sly and Macky Gee are dropping his releases in their sets.
Eazy was approached by Fatman D's Biological Beats in August 2013 and has since continued to escalate fast.