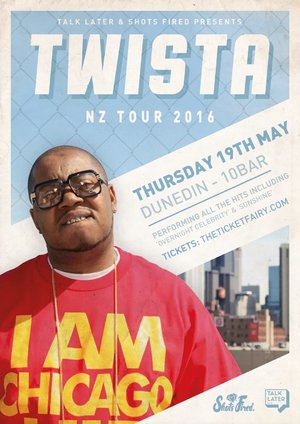 Talk Later & Shots Fired. are proud to present all the way from Chicago USA..

When Twista was plotting to release the EP, he surveyed the music scene. “I was looking at the climate of the industry and seeing a lot of artists who were dropping material, not necessarily whole albums but mixtapes, EPs,” Twista says. “I felt like this was something fresh for the times for me to come out with, but something that was still different than the norm, which was an EP.”