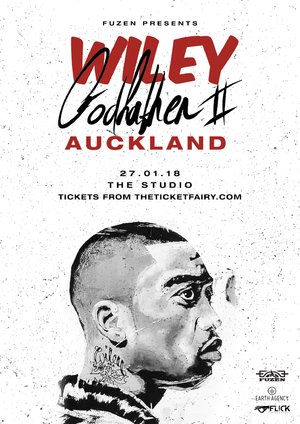 After 11 studio albums, forming seminal crews like Roll Deep with mentees Dizzee Rascal and Skepta, and publishing an autobiography, the grime godfather himself, Wiley, announces his long awaited, first headline tour of Australia/New Zealand this coming January/February.
Either directly responsible or indirectly influencing almost all major players in the UK Grime scene, Wiley is arguably the most influential musician of the genre. Beginning his career with 2004’s ‘treddin on thin ice’ critical acclaim quickly followed but it wasn’t until his 2008 single ‘Wearing My Rolex’ that he hit mainstream success.