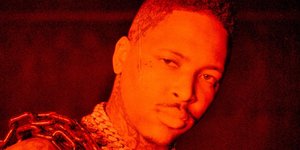 Now you can Pay by Laybuy!

YG is leaving the Bompton coupe to join us in New Zealand this November for a huge show in support of his third studio album ‘STAY DANGEROUS’.

He’ll be performing viral hits from his upcoming album including May’s breakout ‘Big Bank Ft. Nicki Minaj, 2 Chainz and Big Sean’, the instant hit is his biggest to date creating high anticipation for the full album release this August 3rd out on 4Hunnid Records, his co-founded label in partnership with Def Jam.

YG’s debut album ‘My Krazy Life’ dropped in 2014 with features from Drake and Schoolboy Q amongst its guests, sending the 14-tracker to number two on the album charts. His follow up ‘Still Brazy’ took a more political route, the viral, anti-Donald Trump single ‘FDT’ became an anthem during the presidential election in 2016. YG also entered the ARIA Top 20 charts in 2016 with Jeremih, featuring on his international knockout hit ‘Don’t Tell Em’.

Over his time in the music industry, YG’s collaborated with the best including Mariah Carey, Snoop Dogg, Kendrick Lamar, Drake, Lil Wayne, Nicki Minaj and 50 Cent solidifying his heavyweight status.

Get ready to shout ‘FDT’ from the rooftops this November as YG storms through the nation.

*ALL SALES ARE FINAL*