It aims to assist children of Delhi government schools in pursuing their passion for music, to train children through a media-based curriculum, including audio production and film production, to help them build sustainable careers in these fields.

According to Hindustan Times, the School of Specialized Excellence offer specialized education to students of classes 9 to 12. The four domains in which the school imparts specialized education are — science, technology, engineering, and mathematics (STEM), humanities, performing and visual arts, and ‘high-end 21st-century skills’.

Speaking of the School of Specialized Excellence, an official said, “SoSE in performing and visual arts is a special school where students interested in different visual art forms will be taken. This school will be for Classes XI-XII and most of the subjects will be related to arts,” according to The Hindu.

You May Also like: 5 FREE Music Production And Recording Software

According to the Indian Express, Sisodia, who also holds the education portfolio, said children will no longer need to go out to learn music, and instead the music will reach them. “The ‘Music Bus’ would identify their artistic passion and lay a foundation upon which the School of Specialized Excellence would build upon and assist these children in pursuing their passion and achieve the heights of success in that field,” the statement quoting him said.

According to a statement by the Delhi government, “Mobile Music Bus will reach 5,000 children from government schools as well as low-income communities in Delhi to enable learning through music through regular workshops conducted by trained facilitators,” as per Mint.

A post shared by The Indian Music Diaries (@theindianmusicdiaries)

Under the ‘Music Bus Project’, a bus has been transformed into a moving music class, a high-quality mobile music recording studio as well as a performing stage. In addition to this, the bus has been equipped with a Smart TV which will be used to share digital educational music videos on issues related to social-emotional health and well-being, a statement said.

Manzil Mystics – a group of children studying in Delhi government schools introduced the concept of this bus and it is funded by SBI Card under CSR, the statement mentioned (as per the Indian Express) and the ‘Music Bus Studio’ is armed with sufficient power back up to run seamlessly for at least eight hours even without electricity.

Music workshops will be organized under this project once a week and monthly happy circles for the betterment of the children’s social and emotional health. This is to provide exposure to stage performances that would benefit maximum children as Sisodia said every family expects their child to have some artistic talent, but when the child wants to make that art his passion, they are advised to pay more attention to studies.

“The objective of this project is to train the children of low-income groups through a media-based curriculum which includes audio production, graphic designing, and film production to help them build sustainable careers in these fields,” the statement said. 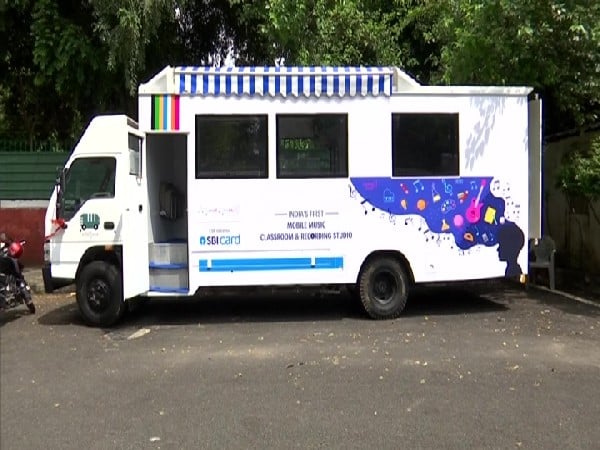 A glimpse of hope for the arts

Classes for the first batch of students at this school will commence later this year and the bus will be stationed at the school, an official said. “From here, with a team, including music teachers, the bus will go to 15 other government schools. Students in those schools will be given a chance to showcase their talent and teachers will help them too,” the official added.

According to The Hindu, interested students from these schools will be then selected to SoSE in performing and visual arts.

“If we are not able to bring the talent of the children in front of the country and society, then this is not the fault of the child but of the system. The School of Specialized Education will work to overcome this shortcoming,” he added.

“The overall aim is to deliver happiness to children and enable them to discover their potential, through music as a creative tool of transformation,” the government said.

you may also like: Lockdown, Volume Up! Guide To A Basic Home Recording Set Up