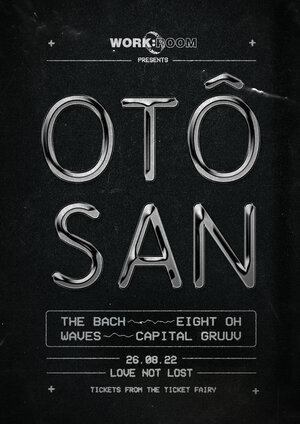 Ryan Dickinson and Ultan Burke have been knocking out house heaters as Otosan on the regular from the moment they stepped into the spotlight. That first statement of intent, debut single ‘Do You Feel It’, has racked up over 2 million Spotify streams and counting since it dropped in 2018. Released later that year, ‘Lights’ also smashed the million-play barrier. The duo’s sound has been stripped back but unashamedly big room from the get-go; heads down, hands up melodic house music with vocal hooks that cross over from clubs and festivals to radio. Little wonder then that their Friday night residency on George FM, New Zealand’s No.1 national dance music station, continues to go from strength to strength. While 2020 went down as the year the masses embraced remote working, Otosan have made a career of it. Rarely having the luxury of being on the same continent at once, Ryan and Ultan have always found a way to make it work – their collab with bass music don Marten Horger on ‘Feel So Right’ (signed to Tiesto’s Musical Freedom label, aired on BBC Radio 1, 800k Spotify plays) began in Stuttgart and took in sessions across Australia, NZ and Amsterdam, where it was signed at the Amsterdam Dance Event in 2019. Otosan also played APRA’s Oceania Electronic Showcase there. ‘Right Here’ – the duo’s second drop on Musical Freedom, which landed in Feb 2021 – doubles down on the piano hooks

Workroom aims to deliver an experience.
An experience created through unique high-quality production that will capture the raver in the moment.