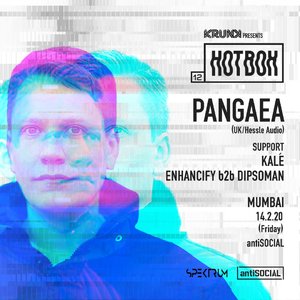 Itʼs been over a decade since Rohan Kalé embarked on his musical journey. Over the years he has understood that sound is energy that flows through everyone. Using deep frequencies to stir this energy in his listeners, he focuses on sounds that challenge the mind, energise the body, and explore the soul. He was exposed to electronic music in London, UK during his formative years and has been a Producer/DJ ever since. He has shared the stage with artists like DJ Stingray, Om Unit, TommyFourSeven, KUTMAH, Funkineven, Ivy Lab, Cinnaman, Champion and Rider Shafique to name a few. As a DJ he is comfortable exploring sounds ranging from Techno to Jungle, House to Dubstep and everything in between.