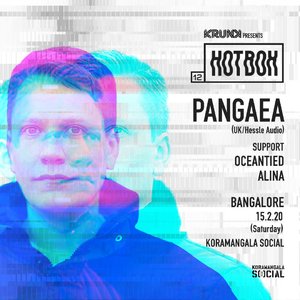 The past year has been abuzz with news from Oceantied,
who has been steadily making a mark for himself both
internationally as well as in India. From performing at the
first Boiler Room session in India to playing at
two of the biggest European festivals, Outlook and
Dimensions festivals, the solo electronic project started
by Ketan Bahirat, Oceantied is a deep-dive into the artist’s
sprawling soundscape.

Apart from his constant involvement in playing live shows
at clubs, venues and festivals around the country - under
Oceantied as well as on guitar for ‘Until We Last’ - Ketan
Bahirat has co founded 'Dasta' in 2016. Dasta is the coming
together of 6 unique artists and creators as a platform
pushing culture, collaboration and community in India.

At 19 years old, Alina is a rarity in the modern dance music scene. She was mentored by Bangalore's house music duo Knique and Jeza at 15. With a gifted ear for underground sounds and always eager to push her sonic boundaries, she has opened for artists such as Stellar Om source, Carl Finlow, Valesuchi and more.

Pushing her sonic boundaries further and constantly evolving her sound, Alina was in the line up for Regenerate's Far out Left festival which partnered with Amsterdam's famous Red light fm, and was also in the line up for Bangalore's very own music festival, Echoes of Earth.