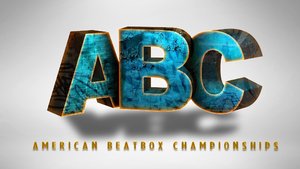 ***REMAINING TICKETS FOR ENTRY TO EVENTS ARE AVAILABLE HERE -

In association with Beatboxhouse, the 2016 American Beatbox Championships will be held November 5th and 6th in Brooklyn, NY at the famous Knitting Factory BK. This year's events will span two days of competitions, performances, and culture, featuring the best talent in the nation battling it out on stage!

Three categories will be judged by leading beatbox revolutionaries and community leaders - Loop Station, 2v2, and Solo - in order to determine this year's champions.

Partnering with ABC 2016 are three of the beatbox community's biggest voices:

BeatBoxHouse.com is a Brooklyn-based collective housing some of the most talented and diverse beatboxers in the nation and beyond. They push each other and push the boundaries of what is possible with the human voice, rebranding the art form as part of their 'mouth music' movement.

HumanBeatbox.com is the central platform for beatboxers to learn, network, and discover the art form through articles, news, and videos. Founded in 2001, HBB has played an instrumental role in the rapid expansion of the global community and continues to serve beatbox family today.

SwissBeatbox.com was founded in 2006 to share the passion among beatboxers around the globe. Today they've extended their reach with millions of views and hundreds of thousands of regularly-engaged fans, followers, and friends. They have delineated a role as a go-to site for beatboxers to view and share content.

Announcement of all winners

Winners will be announced at the end of Sunday's competitions. After the first day of the Champs, Saturday Nov 5th, we will gather at Blue Note at midnight for a special performance by Rahzel! After the Champs, on Sunday Nov 6th, stick around for a special afterparty to celebrate all the competitors, the winners, and the community! Thank you for your support!