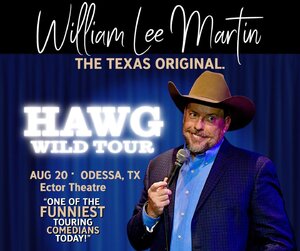 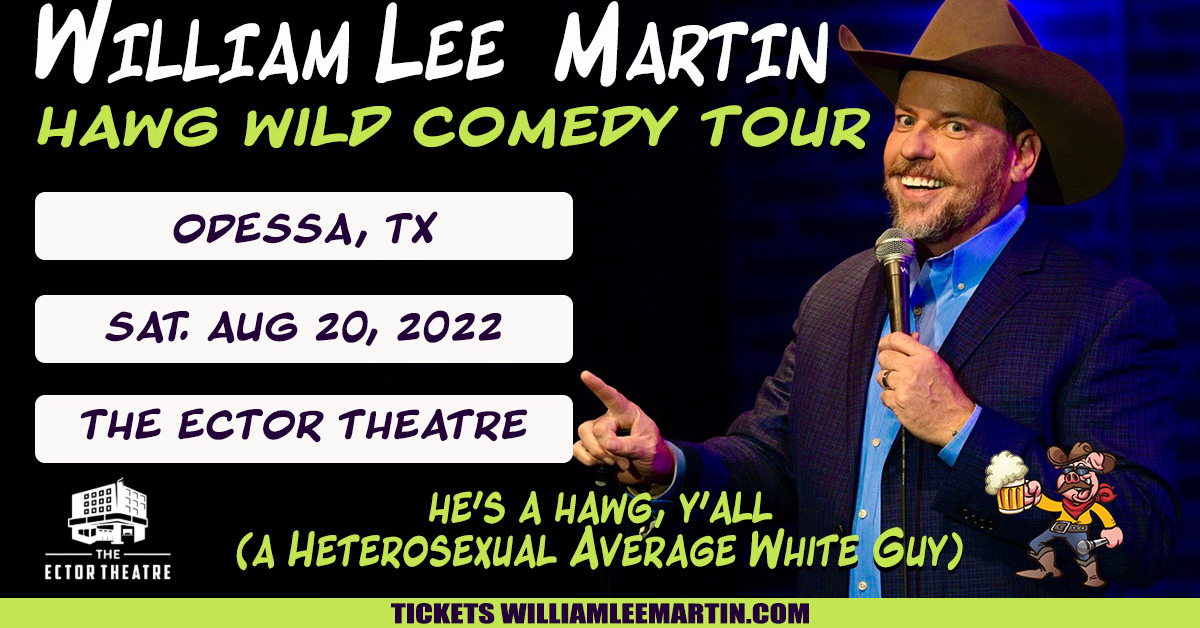 William Lee Martin is a prolific stand-up comedian, writer, actor, songwriter and producer. His stand-up work sees him playing to sell out audiences at clubs and theaters around the country. He has produced 5 comedy one-hour specials including “Let the Laughter Roll” which aired on CMT, and his current hits, “Standing in the Middle” and “The Nutcracker: a Christmas Special based on his Vasectomy” which both can be streamed on Amazon Prime and Apple TV. He’s best known for signature bits “Grandma’s Pushy” and “Running with Diablo”. Martin’s comedy is authentic and although Martin works clean, he admits he's no choir boy. His comic timing is impeccable and he is by far one of the best storytellers working today.

​Mike Crow of Shooter-FM, said, “Martin’s live comedy show is hilariously funny. He doesn’t use foul language but is willing to take material to the edge and lean over as far as he can. He personifies the sophisticated redneck who quotes Shakespeare while drinking a beer.”

Martin proudly serves as founder and CEO of the non-profit organization: The Cowboys Who Care Foundation, which was designed to provide support, smiles and free cowboy hats to kids living with cancer and other life-threatening illnesses.  The foundation is generously sponsored in part by Resistol hats.

(2019) William Lee Martin "The Nutcracker: A Christmas Special Based on His Vasectomy"

On the home front, Martin is happily married and the proud father of five beautiful children and four grandsons. He's an avid golfer. He's a real cowboy. And he plays Red Dead Redemption 2 more than a grown man should admit!