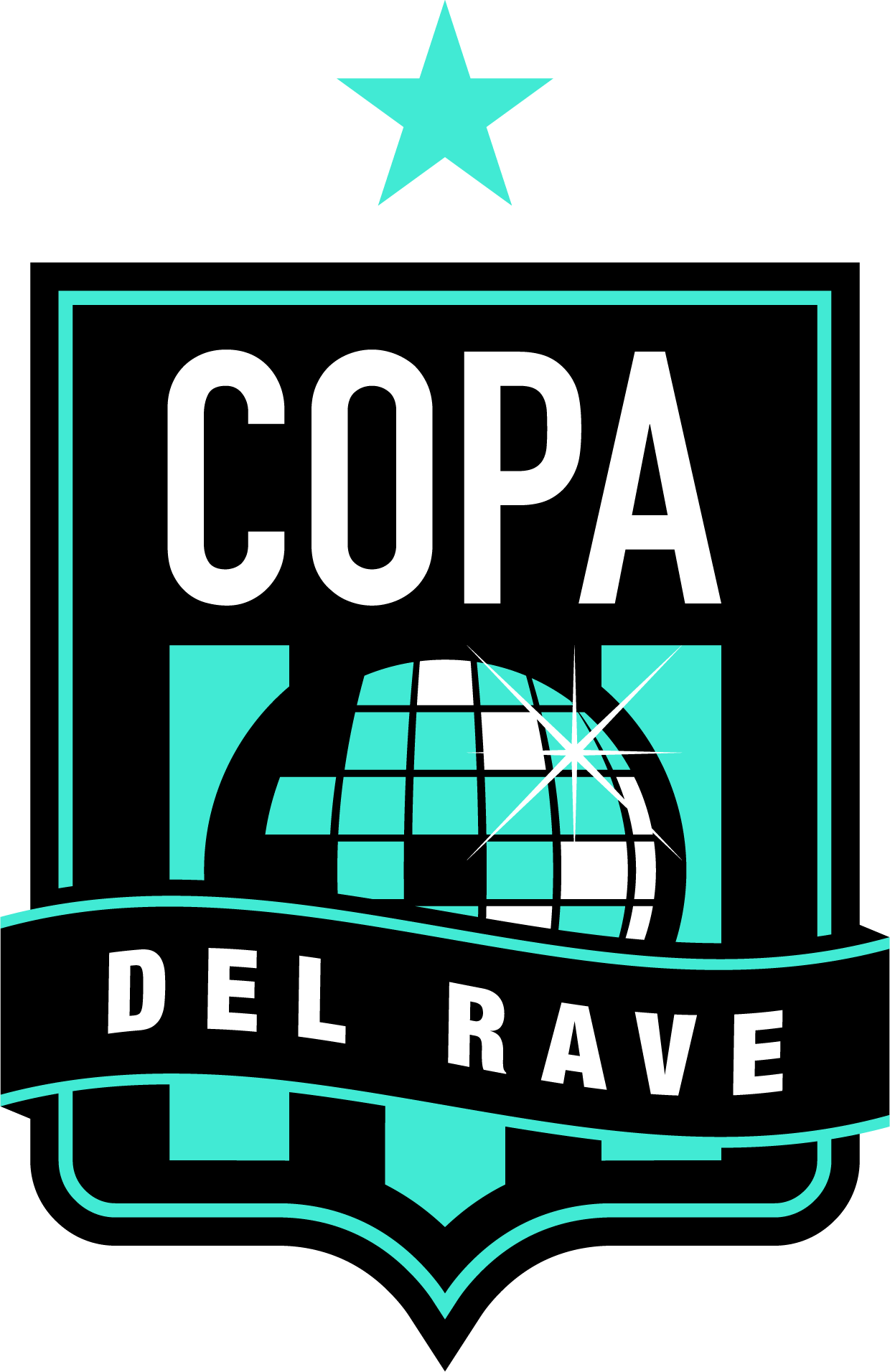 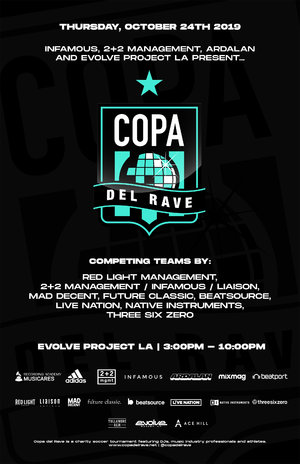 For its 2nd Annual Charity Tournament Which Benefits the MusiCares ® Foundation

Teams Playing in October Include:

The Copa del Rave returns to Los Angeles for its second charity soccer tournament on October24, at Evolve Project, in LA’s Frogtown neighborhood. Eight teams will compete for the Copadel Rave, hoping to wrest the trophy away from defending champions Red Light Management.

Ahead of October, Copa del Rave has announced a partnership with MusiCares ® , a charity established by the Recording Academy™ where money raised from the event will be donated to MusiCares and set aside for use within the electronic music community.

The initial teams playing for the Copa del Rave were revealed today, and include:

Confirmed DJ players for October include:

Diplo, Ardalan, TEED with many more to be announced.

“The response and enthusiasm around the April event was huge, and it just made sense to come back in the Fall,” said Copa del Rave founders Jonathan McDonald, Alastair Duncan and Ardalan. “We’re incredibly proud to be partnering with MusiCares and raising money for those in need within our community. It should be a great tournament, and based on the last one, pretty competitive!”

The April 2019 Copa del Rave raised over $12,000 for charity which was split between VH1 Save The Music and Beats In School. The event was won by Red Light Management.