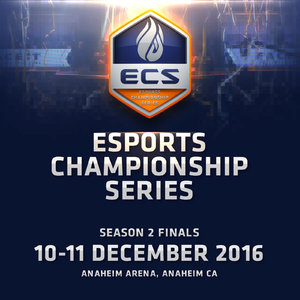 The finals for Season Two of the Esports Championship Series (ECS) will take place December 9-11, with the last two days of the tournament finals hosted at Anaheim Arena in California. The ECS, a ground-breaking esports initiative founded by FACEIT and supported by Twitch, will see one of the strongest league lineups for Counter-Strike: Global Offensive (CS:GO) this year. The top four qualifying teams from both North America and Europe will be vying for am prize pool of $750,000 on top of participation fees.