Knights of the DUB Table | Gisborne 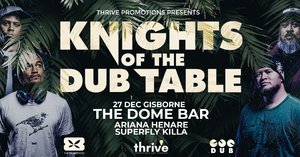