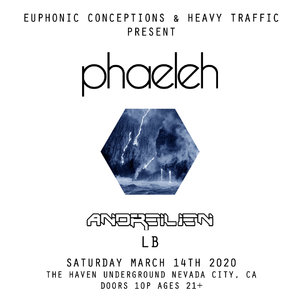 ***Tentatively Rescheduled for Fri, Aug 14th, all tickets for the previous date will still be honored***

Since his debut release in 2008, Phaeleh aka Matt Preston has developed an inimitable style of cinematic electronic music, which floats between the shifting tempos and timbres of dubstep, garage, electronica and house music. Phaeleh’s last three epic releases have cemented his position as one of the most exciting and consistent producers to emerge from his current hometown, Bristol.

“Sublime, carries on from where Burial left off” - DJ Magazine