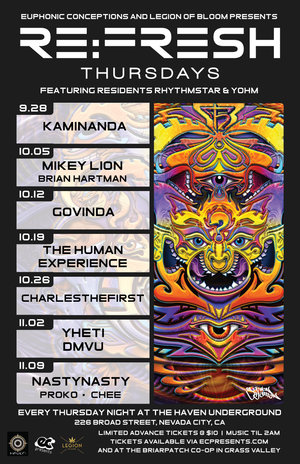 Part mythical desert harlequin, part modern soul conductor, Mikey Lion is more than a DJ––He’s a freak of nature and a controller of energy. The San Diego-native has earned a dusty mystique over the past few years as the center of the Desert Hearts movement and as a house and techno provocateur with a stage presence that suggests he will ride this wave all the way to the top. If there's one thing Mikey does well, it's get the party started.

Lion has brought the mothafuckin' ruckus to the stages of Lightning in a Bottle, the dustiest storms at Burning Man, and The Do LaB at Coachella, earning nods from Claude VonStroke, Jamie Jones, and Green Velvet in the process. In doing so, Lion and his signature top hat have developed a boisterous voice in the House & Techno scene with strong tribal, hip-hop, and psychedelic elements.