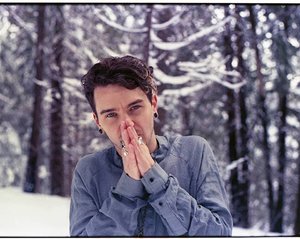 A native of Northwest Montana, Caleb Young (a.k.a. sAuce) developed an early appreciation for underground hip hop and experimental electronica. Young quickly delved deeper into these evolving genres at a young age, and after experiencing the West Coast’s immensely creative arts community in 2007, Young picked up his first set of turntables and sAuce was born.

In May of 2011, sAuce saw his debut EP, Candy Painted Frequencies (via GruntWorthy), landed in Addictech’s top ten releases of the month. He later completed a full-length album, Forge Through Future in 2012, and more recently a two track E.P. Don’t You Know / Guilty Pleasures which are both available on his Bandcamp page. On May 26th, 2013 he released his two track EP, 19∞9 on Muti Music which had support from Salva on the BBC, and a rinse from Starkey. Already having made his mark on the West Coast Bass Movement, sAuce is one to keep your eyes on.