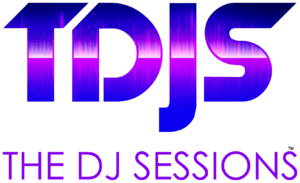 Hey Seattle!! Come and join us for The DJ Sessions special installment of "On Location Sessions" presents w/Ocean Grooves & Guests

The party is held at the Hard Rock Cafe "Cavern", a beautiful venue that has an amazing sound system...You have to come to check it out!!

For $6 you will not only be able to see/hear multiple DJ's performing but you will also get access to the very special TDJS drink pricing, that is Happy Hour pricing until 10pm

The DJ Sessions brings to you the best local, national, and world renowned DJ’s playing live sets and exclusive interviews. Our resident DJ’s will be on the decks LIVE mixing you the best sets.

We go live at 6pm every Wednesday. Additional show schedule varies and you can find out when we go live next by following us on Facebook or Twitter.

If you would like to appear on The DJ Sessions please go to our site and fill out all necessary information. Due to the high number of requests all performers that submit will not be selected to play on the shows.

On the decks & set groupings:

with The DJ Sessions Resident:

OMRVLS - TACOMA WA /Oceangrooves Ent.
“My pops always had the music playing either in the house or car.”

This man has had the benefit of seeing the world as a military kid. But it was on the arrival into the Puget Sound that his family decided to put down roots and call the Puget Sound home. Growing up developing a deep love and appreciation for all music that he feels he owes and is directly inherited from his father. Omar tells of many a memory of a Road Trips or weekends full of the sounds of funk, soul, and disco. To this day. “My pops always had the music playing either in the house or car.”
Upon seeing the movies Beat Street and Breakin, Omar knew that he wanted to be a DJ. Starting in the early 90’s while he was going to raves and warehouse parties around the PNW. Is where he felt most at home and a connection to the people and especially the music he’d been searching for from his “Breakin” dreams years before. And it was upon seeing Donald Glaude play them for the first time he knew that his dream was possible. It was after seeing one of his very first mentors play that he sought out and bought his first set of gear in 96.

He’s been an unstoppable force since and hasn't stopped yet. A deep lover of Breakbeats, House first and foremost. He also plays Open format, Top 40, and Hip Hop, a true lover of all genres. In 1999 he helped found Oceangrooves Ent. which he and his chosen family still run to this day His style is not easily defined but whatever musical taste your into... he'll make you move and he’s gonna make you sweat!

Right off the mean streets of Tacoma, aJaX's unique style of house/funk/disco/nudisco has been burning down dance floors throughout the PNW for well over a decade! A frequent and fluid player of the Seattle scene, aJaX can be found playing at any number of primarily underground clubs from Capitol Hill all the way to downtown. When he's not out getting busy behind a booth, his DJ prowess is only second to his ability to throw some amazing nights. Whether its booking and coordinating top-notch shows with his disco group "Reflect", helping produce the world renown podcast TDJS (The Dj Sessions) based out of Seattle, doing US bookings & promotions for German disco record label (NDYD) NuDisco YourDisco, or playing with, booking, or opening for the likes of Donald Glaude//DJ Dan//Charles Feelgood//Hatiras//DJ Deckard//Ricardo Torres//Sander Van Doorn//Alex Harrington//Superstar Keoki//Pat Lok//Gene Farris//The Wicked Crew SF//The Space Cowboys//Worthy//Mark Starr//DJ Mes//FunkAgenda// and many more, needless to say aJaX stays busy poisoning willing minds with his infectious sounds;)

Army Veteran, Visual Artist, DJ, Event Promoter, and EDM enthusiast: @djgruntmusic
Grunt has come full circle: after completing his military service, he’s chosen to come back the PNW and to his Ocean Grooves family. Having spent time focused on his education and reintroduction to civilian live it is now that Grunt feels he is once again in the home of his roots. Choosing to go by the stage name GRUNT as a simple homage to those that he’s served with, the remainder of those he’s lost, and support for those that still serve.
Grunt started his love of music early on. Influenced heavily by disco and the funk rhythms of the mid to late 70’s, the electro/pop that poured out of Europe and into the US airwaves of the early 80’s, and adding the spice and flavor of breakbeats, hip-hop, and R&B of late 80’s and early 90’s and beyond. “I’m always listening, looking for that hook or drop”
Grunt has spent well over 20+ years watching, learning, and listening to DJs and producers from around the world and especially those here in the PNW. Always developing his “ear” for the sounds that the dancefloors crave. “It’s all just mixed bag of dope beats, funk rhythms, and tasty old-school hooks and jams to move you.” Taking it all in and developing it into his own style. Grunt has partied with some of the best, danced to the rest, and looks to bring his own unique style to bring to the masses.
Enjoy the show

DoubleShot is the dynamic DJ Tag Team duo of Jimmy and Anthony. Two best friends who discovered their shared love for dance music while in High School. Their shared inspiration coming from two of the PNW’s iconic DJ Masters; Donald Glaude and DJ Dan the two of whom you can still hear tearing up dance floors today. While the duo is influenced by the likes of many others, they keep to their roots deep here in the Puget Sound. But they dream big starting off with the their “Ibiza or Bust!” mentality. DoubleShots dreams are just beginning to unfold and off to a huge start in 2017 by opening for their longtime hero and icon Donald Glaude this summer.

DoubleShot keeps their dance floors rolling by playing a style of music that has influenced them for well over a decade. They bring a heavy/funky bass sound that keeps your body moving, your mind interested, and your ears wanting more.

Don't sleep on this duo, you don't want to miss out.

Bilori: Tacoma WA Ocengrooves Ent.
“Always the dancer”
Born in Kampala Uganda, but grew up in the city of Tacoma. He became infatuated with House music sound in the late 90’s Seattle club scene. The vibe and community were so fresh, underground, and not the usual club atmosphere he was accustomed to. Always the dancer and with a deep love for hip-hop popping and breakdancing the uptempo House cadence just seemed to fit his style.

Open getting his first set of decks in 1999 that's when the collecting of vinyl began, everything from Zion’s gate, Platinum, and Penny Lane records he could get his hands of and a few rare funky cuts he's found along his journey. Having spent years playing hip-hop and downtempo in various Tacoma nightclubs. He's secretly always had House music in his soul and for his true spiritual journey. He enjoys playing opening and mid sets to set the night right preferring to keep the vibe funky, soulful, and active. The "Dance Bilori" vibe is what resonates with him and his sound. With any set, he truly enjoys sharing that feeling with anyone who can feel it.

Born in Caracas, Venezuela, and at 16 his family moved to Miami, FL where his passion for EDM was born. At 19 he began to learn the ropes of DJing while stationed as a Marine in San Diego. It was this process and development of his talents was what propelled him to pursue it as a career as a DJ. Currently, he resides in the in Seattle area where he brings an up-beat style of House music and provides a Soundscape for everyone to enjoy!

Jonmarche: Seattle, WA/ Oceangrooves Ent.
After 17+ years of classical solo & orchestral training, Jonmarché found his way behind the decks. Starting off by playing Top 40 and a wide variety of electronic dance genres with Tacoma’s most recognized crews. Influenced heavily by his classical upbringing, a love of hip-hop, rock & roll and a deep obsession with anything synthetic. Fervorously working behind the decks and in the production studio he continues to develop his sound, style and overall presence. You can expect to see a flood of solo and joint releases from his current collaborative endeavors.
Jonmarché has steadily built a name for himself, with an ever growing resume that includes playing to crowds of all sizes, and venues in the area. Currently holding residencies at some of the south sound’s hottest spots, and regularly contributes and works with to several local crews.Currently working endeavors in the management and the development of regular dance music events.
You can find his latest release “Summer House Bootlegs - EP” and “Dance to That” on Soundcloud now! https://soundcloud.com/jonmarche

--Joshua Thomas:
Grew up in Mukilteo Washington, at the age of 16 Joshua found his love for the underground music scene. Joshua Thomas was inspired by Bad Boy Bill, Hatiras, and Paul Anthony of Ghettoblaster. These artists gave him inspiration in the style of music that became his passion.

--DJ SQUIRTLESQUAD: resident DJ for Milestone Productions--
Having been raised in a troupe of semi aquatic badasses, Joshua Scott aka Dj SquirtleSquad is consistently bringing you slappin wet multigenre sets, since way before the invention of the pokeball! Infusing elements of hard dance, house, techno, dnb, bass, and dozens of other musical styling into his sets, SquirtleSquad moves effortlessly between genres like water from a hydro pump. Make sure to wear a bathing suit and bring a shimmy because you'll be left sham-wowed and asking for more! Don't miss out!

--Dev by Snü Snü:
A Washington native DJ with the soul intention of crushing your pelvis with dirty bass and funky breaks. Known for his vast array of unique cuts of house, tech house, breaks, and just a hint of future house, Dev by Snü Snü has wowed audiences and peers with his stellar selection and mixing ability for the short time he’s been around in the scene.

Be prepared to dance until your pelvis shatters, FOR YOU HAVE BEEN SENTENCED TO DEV...! BY SNÜ SNÜ!!!-

--THATDERRT:
Chris Carrington and Drew Clark’s love for music started long before That Derrrt was ever a thing. Both took dance classes starting at two years old, which helped them find their rhythm and musicality. Both have instructed a variety of classes since their early teens at Auburn Dance Academy in Washington state. Their hip hop competitive dance teams consistently win awards with their original choreography.

These childhood friends evolved into making their own music in 2013, entering the Seattle scene in 2017 as a DJ duo. From hard dubstep to stinky Trap, That Derrrt cannot limit themselves to any certain genre or style because if it makes them feel good, then they like it and that’s what keeps them dancing.

Listen to them on SoundCloud and stream ThatDerrrt radio but don’t miss their live performances. That Derrrt gives crowds nothing but that Derrrty Bass music, award-winning moves to watch and a roller coaster of emotions to experience.