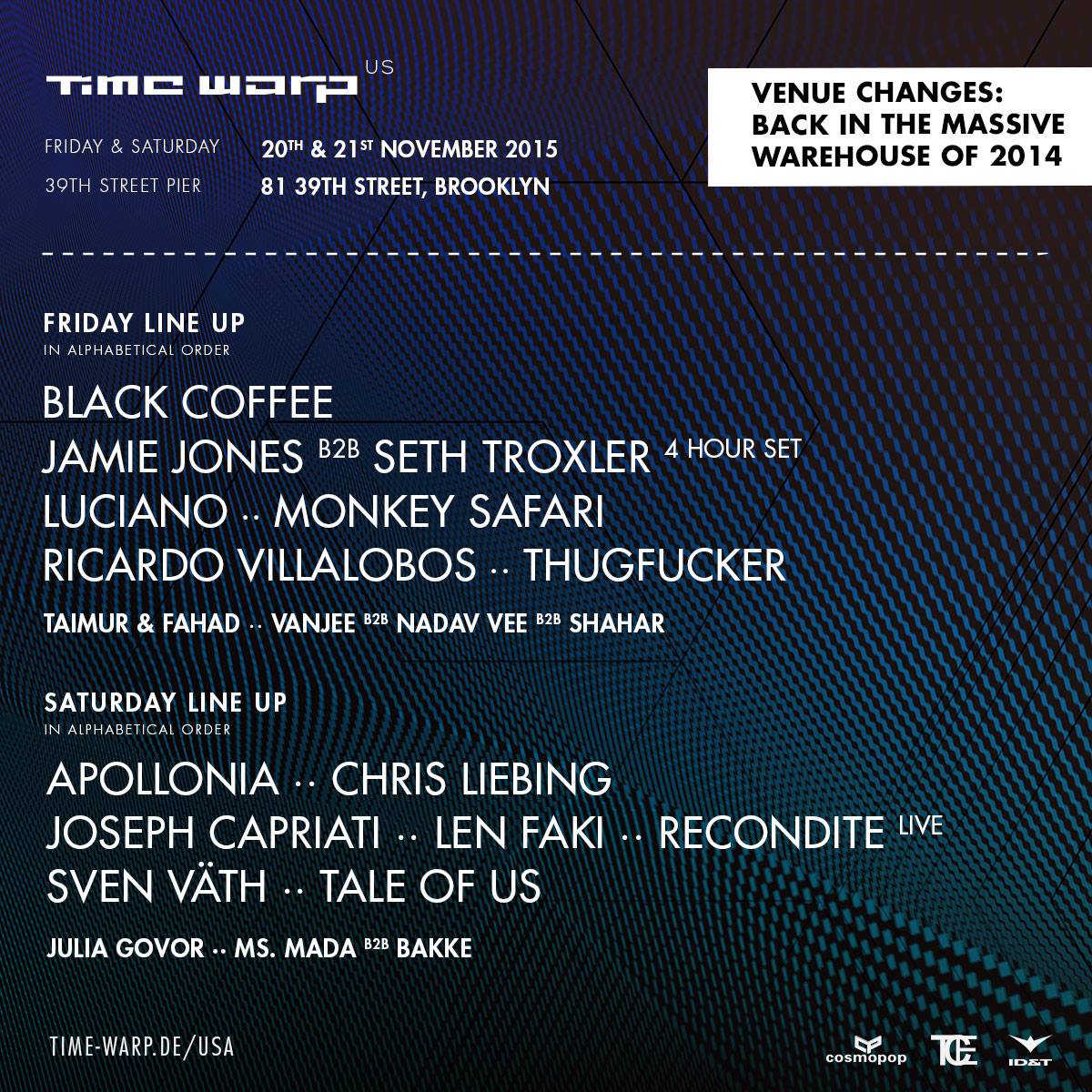 As techno fans, we are members of a global community that celebrates inclusion and equality. That spirit manifests at the local level too. Out of respect to the community of Crown Heights, we have agreed to move Time Warp US 2015 from the Bedford Union Armory to the spectacular site of Time Warp US 2014, just 5 miles away. The dates remain the same.

18+ to enter with valid state issued ID or valid passport/visa issued by your country’s government.